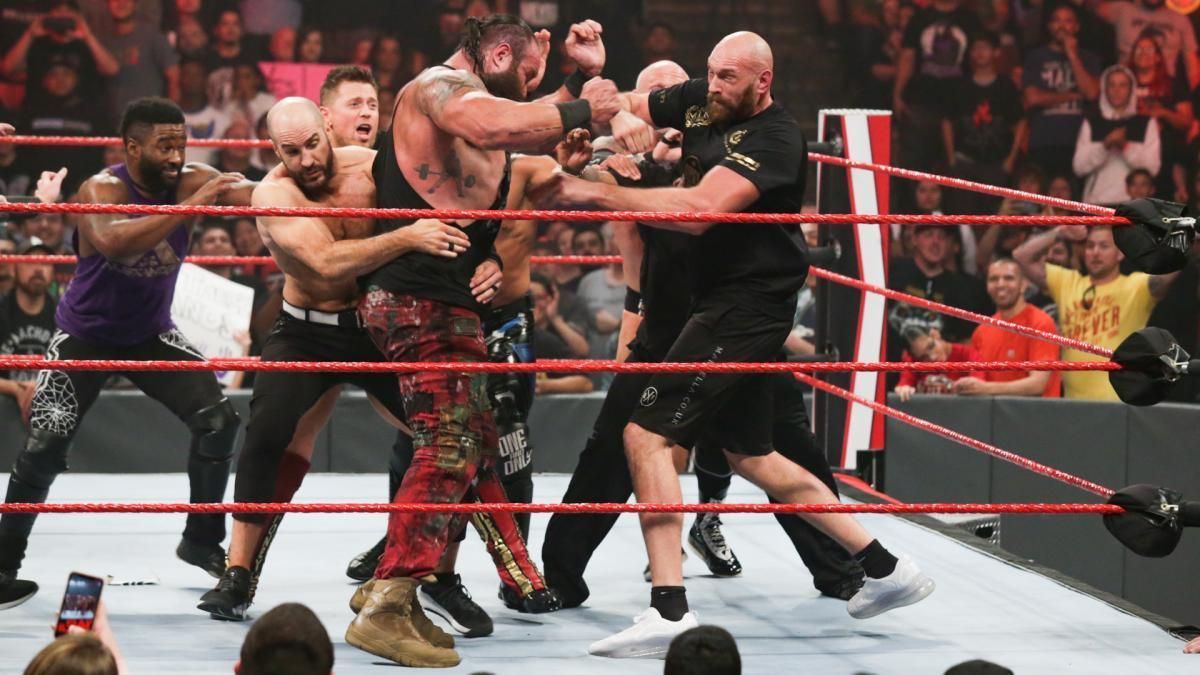 BAKERSFIELD, Calif. — As a kid in Manchester, England, Tyson Fury would scour the local flea markets in search of VHS tapes featuring the likes of Bret “The Hitman” Hart and Hulk Hogan, Mankind and The Undertaker. Then, as now, he was a real fighter, the only occupation men in his Gypsy clan had known for several centuries. But it was the make-believe fighters, and the fantastical universe they inhabited, that struck not just his fancy, but his ambition.

Two decades later, what that prescient boy saw has come to pass. What’s more, if the boxer-as-wrestler once connoted great shame in certain circles, today it’s considered a triumph. The boxer who can manage an appearance on one of the WWE’s signature events (where Fury’s scripted feud with 385-pound Braun Strowman should be resolved later this fall) isn’t merely transcending the boundaries of his sport, he’s leveraging a confluence of corporate interests.

Fury, who has a reported $100 million contract to fight on ESPN, made his wrestling debut last Friday at Fox’s inaugural telecast of SmackDown. It drew 3.9 million viewers. He’s not merely attempting to pierce the American mainstream, but with a Feb. 22 date penciled in for a rematch with WBC heavyweight champion Deontay Wilder (who is affiliated with Fox’s Premier Boxing Champions), he’s plotting a very deliberate course to PPV glory.

“In all of boxing, how many personalities are there?” asks Fury. “There’s a lot of champions, but most of them don’t have the charisma of my shoe. Deontay Wilder’s big, tall, screams a lot. Good-looking. Well-dressed. Whatever. I feel there’s a Deontay Wilder in every weight class. But there’s only one Gypsy King.”

Less than a month ago, Fury suffered two gashes — 47 stitches, total — during a unanimous yet unexpectedly difficult decision over the previously unknown Otto Wallin. As collisions with Strowman — who goes the size of a small monster truck — and an army of extras, scripted or otherwise, are not without risk, one wonders if his time isn’t better spent healing.

“Everybody says I should be resting or recovering,” he says. “But I could get flattened by a bus walking out of the hotel. You can’t tempt fate. Whatever will be with the eye will be.”

That’s not all, though. Fury nods in the direction of his eldest son, Prince, 8, his face buried in a video game. “He doesn’t want to be a boxer,” Fury says happily. “He wants to be a wrestler.”

In fact, Prince was enthralled to be ringside last Friday for SmackDown at Staples Center. He soon got over his affections for Strowman, whom he now refers to as “the big dosser,” same as his father calls Wilder. More distressing, however, was security “removing” his dad before Prince could get Brock Lesnar’s autograph.

Now, three days later, the family reconvenes at Rabobank Arena, where their patriarch will demand an apology of Strowman on Monday Night Raw. It makes for an interesting green room. In addition to Fury himself, there’s Paris, his wife, fashionably attired in green Chanel sneakers and a matching purse; Billy Keane, his manager; Brendan, his bodyguard; three strollers; and an inexhaustible supply of Mountain Dew, Dr. Pepper, Doritos and Oreos. There are also five children: Venezuela, 10; Prince; Prince Tyson Luke, 3; Valencia Amber, 21 months; and Prince Adonis Amaziah, 7 months.

“Tyson wanted to make sure all of his sons were princes,” explains Paris, who apparently doubles as a wardrobe consultant.

Her husband can’t decide what to wear. He’s partial to the newest of his bespoke suits: white with a pale blue flower print. “That’s the Gypsy King look — suit, no shirt,” says Fury, stripping down to his stars and stripes underwear (no, really) to try it on.

Soon as he does, though, Fury can’t help but wonder if he shouldn’t pair the suit with a “Hollywood Rules” T-shirt, his homage to Hulk Hogan.

“No,” says Paris, who objects not to the suit, but the fashionably narrow cut of the trousers. They’re fine for a hipster, but not for rolling around with Strowman.

Tyson opts for his “Gypsy King” T-shirt, then settles on the couch alongside Paris, who seems hopelessly outnumbered, what with five kids and a husband who wants to go through his promo with her. They high-five when it’s done.

Call time approaches. They eat as a family in a craft service dining room, a bevy of wrestlers and extras looking on in awe. Perhaps it’s not the lineal heavyweight champion that draws their attention, but the move of the night: Prince Tyson Luke with a pink cupcake to the head. The eldest Prince, his face dripping with icing, makes sure to sell it.

In short order, the kids are ringside with their dad selling it, telling Strowman how he’d knock him out.

“It would be you laying on your back, staring at the lights,” counters Strowman, “and not for some slow-ass ten count like the last time you fought Wilder.”

The brawl that followed had ebbs and flows and plenty of black-garbed security guards. At one point, much to the delight of his progeny, Fury had a half-dozen or so down and writhing in pain. Suffice it to say his boxing punches are better than his wrestling ones. But he’s soon to work on those at the WWE Performance Center in Orlando. Much scarier, especially with the way Strowman mauled him, was the prospect of a head clash and reopening one of his cuts.

All in all, though, Prince the Elder was satisfied. “I was worried,” he said. “But at least security didn’t throw him out this time.”

Back in the green room, the evening’s ravages are evident: Doritos wrappers, half-eaten Oreos, a carpet damp with Dr. Pepper. The remnants of a Marvel coloring book, mercilessly shredded. Paris tries to marshal the troops for a cleanup. Her heart is still beating fast.

“Get some ice on that eye, Tyson,” she says.

His wound is translucent but unbroken. Tyson Fury smiles broadly. Two years ago, he was in the midst of a suicidal depression. Now he’s got a presser in Vegas on Friday, then it’s on to Orlando, theme park heaven with the family. In a week’s time, the Furys will have traversed the true distance of the empire, from coast to coast, Fox to Disney.