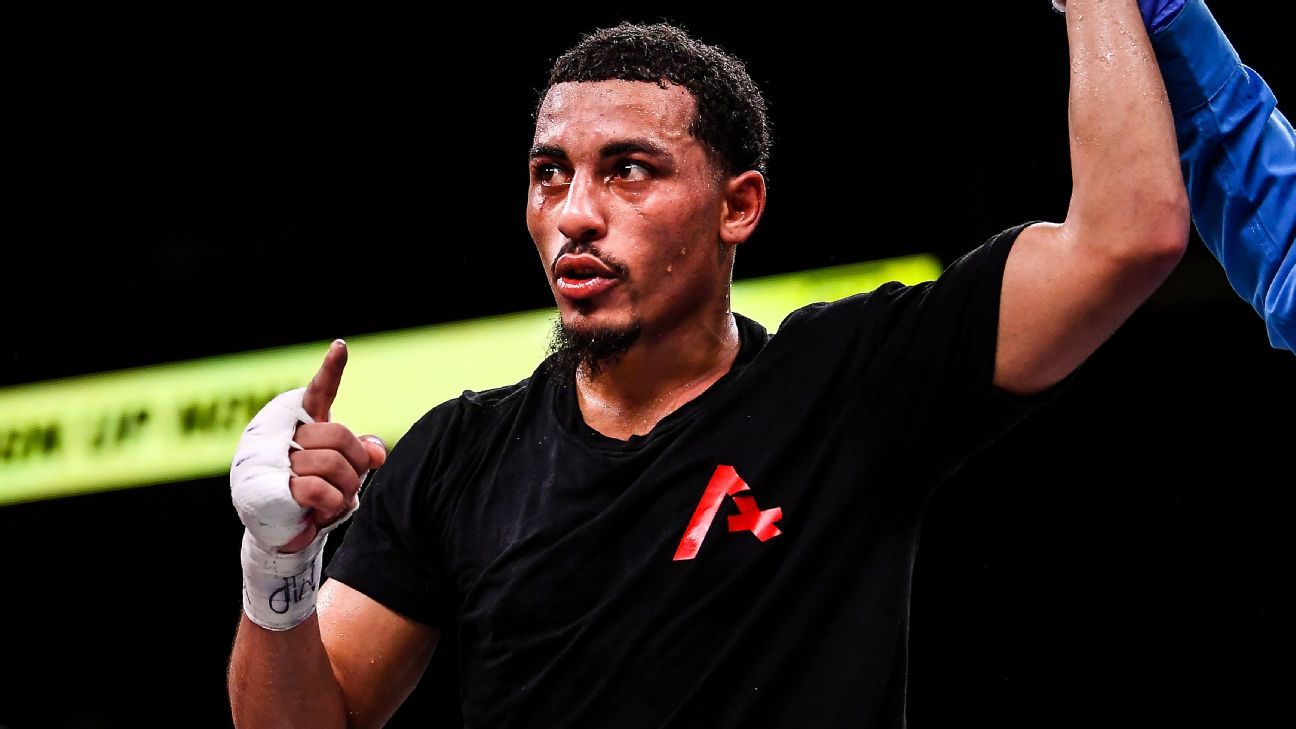 Lightweight Avery Sparrow was arrested Friday morning, and his scheduled bout Saturday night against Ryan Garcia in Carson, California, has been canceled.

Sparrow’s promoter, Russell Peltz, said the fighter was wanted for allegedly “brandishing a handgun in a domestic dispute in April.”

“You can’t serve Avery because he doesn’t live anywhere,” Peltz said. “He lives with friends, he lives with family, he was out here (in Los Angeles) for three months. So there’s nowhere to serve him.”

According to Peltz, Sparrow had returned to the Philadelphia area in mid-August.

“He felt he could get better sparring there, and he trained in Cherry Hill (New Jersey) for the last month.”

Peltz said he was alerted about Sparrow’s pending legal situation Tuesday from Golden Boy Promotions matchmaker Robert Diaz. Peltz then contacted his attorney, George Bochetto, who attempted to cut a deal with authorities to allow Sparrow to fight Saturday.

Peltz believed an agreement had been struck with the U.S. Marshalls, as long as Sparrow’s fight purse was withheld until he showed up to court in Philadelphia on Monday morning.

But on Friday morning, before the scheduled weigh-in, Sparrow was apprehended at a local Target, according to Peltz.

“They were circling the area, there were a lot of cop cars out early he said when he was out running, and they had a helicopter,” Peltz said. “They cornered his car, he and four or five of his buddies were on the ground and they arrested him.”

Golden Boy Promotions president Eric Gomez told ESPN’s Dan Rafael that Garcia was offered a fight with Romero Duno, who is already on the undercard Saturday.

Although Duno and his camp accepted the offer, Garcia’s side has rejected it. But Gomez said that should they change their mind by Friday night or even Saturday morning, that fight can be put together easily, as both fighters have made weight.

“Right now, I’m going to really push for the Canelo (Alvarez) undercard in November. I’m going to push for him to be the co-main event,” said Roger Ruiz, the manager of Garcia, referring to the Nov. 2 card taking place at the MGM Grand in Las Vegas, that features Alvarez facing WBO light heavyweight titlist Sergey Kovalev.

Ruiz said Garcia “obviously disappointed, but what can you do? He was ready, he was on weight, exactly 135. He did his job, he showed up, the other guy unfortunately had some issues in the past that caught up to him and now he can’t fight.”