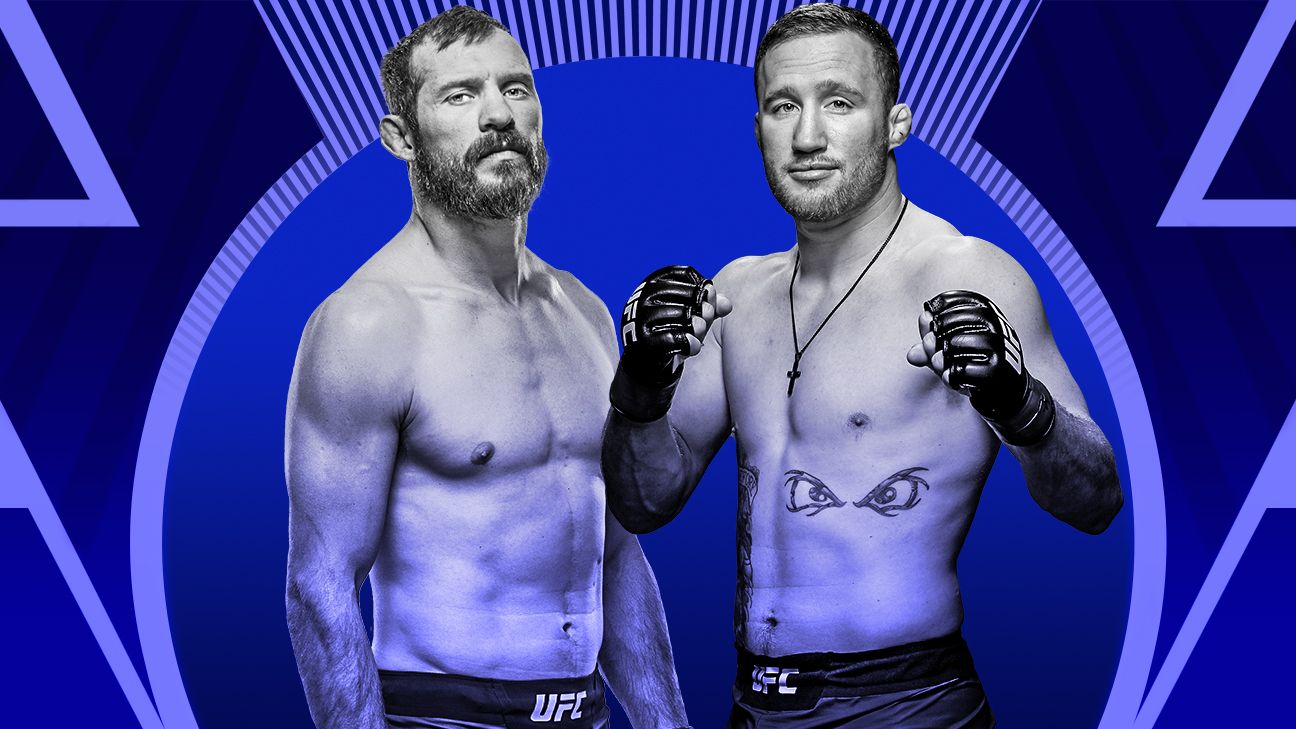 The UFC’s all-action main event for UFC Vancouver is official.

Donald Cerrone and Justin Gaethje both made weight for their headlining lightweight bout Friday. Cerrone hit the scale at 155.5 pounds and Gaethje weighed in at the same, 155.5 pounds. The UFC Vancouver main card airs Saturday at 8 p.m. ET on ESPN+.

Cerrone’s second for weigh-ins Friday morning was his 1-year-old son Dacson. The child, whose nickname is “Danger” after Cerrone’s adrenaline-junkie tendencies, has been a fixture at his father’s fights over the last year plus. Cerrone is 3-1 with “Danger” cageside.

Cerrone (36-12, 1 NC) is coming off a second-round TKO (doctor’s stoppage) loss to Tony Ferguson at UFC 238 in June. The New Mexico resident holds the most wins (23) and finishes (16) in UFC history. Cerrone, 36, is ranked No. 4 by ESPN among MMA lightweights. “Cowboy” is a surefire future UFC Hall of Famer, but he remains one of the best fighters ever to never win a UFC title.

Gaethje (20-2) has won two in a row, both by first-round knockout. The Arizona native is known for being one of the most exciting fighters in the world. In 22 career fights, only two have gone to decision. Gaethje, 30, is ranked No. 5 by ESPN among lightweights. He’s 3-2 in the UFC and has won $50,000 Performance of the Night bonuses in each of those bouts.