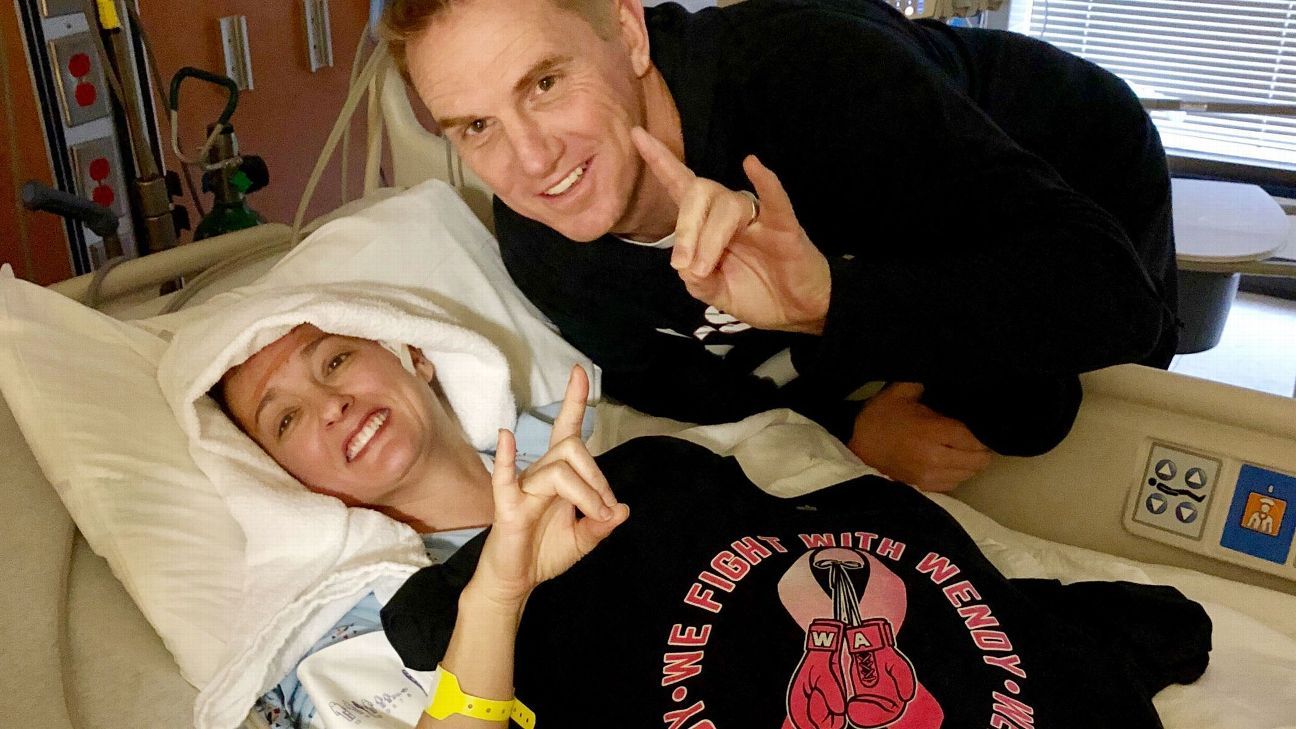 Georgia’s school colors might be red and black, but many fans cheering for the No. 3 Bulldogs in Saturday’s game against Arkansas State at Sanford Stadium are planning to wear pink.

A “pink out” is scheduled for Saturday’s game (12 p.m. ET, ESPN2) to bring awareness to breast cancer research and to honor Arkansas State coach Blake Anderson’s late wife, Wendy, who died Aug. 19 after a two-year battle with the disease.

Anderson thanked the Georgia fans for their support earlier this week.

Beyond grateful… thank you 💕 https://t.co/lfqZr48ZhJ

“It’s a completely genuine, classy gesture from people that don’t know you. Very surprising and obviously very much appreciated,” Anderson told reporters in Jonesboro, Arkansas. “Just caught me off guard, to be honest with you. Teared me up. I wasn’t expecting it, and extremely flattered and thankful for those folks and so many others that have stepped up in so many different ways.”

After taking a leave of absence following his wife’s death, Anderson unexpectedly returned to the sideline for the Red Wolves’ 43-17 win at UNLV last week.

A group called Bulldogs Battling Breast Cancer, which was founded by Jay and Teresa Abbott of Douglasville, Georgia, is planning the “pink out.” Their son, Chris, was playing football at Georgia when she was diagnosed with a very aggressive form of breast cancer in October 2003.

“After Teresa’s clean bill of health, the entire Abbott family decided they wanted to do something to help fight this horrible disease and give back for all the blessing and support they received during the previous 18 months,” the group’s website says.

The charity has raised more than $750,000 for breast health imaging programs at local hospitals, according to its website.