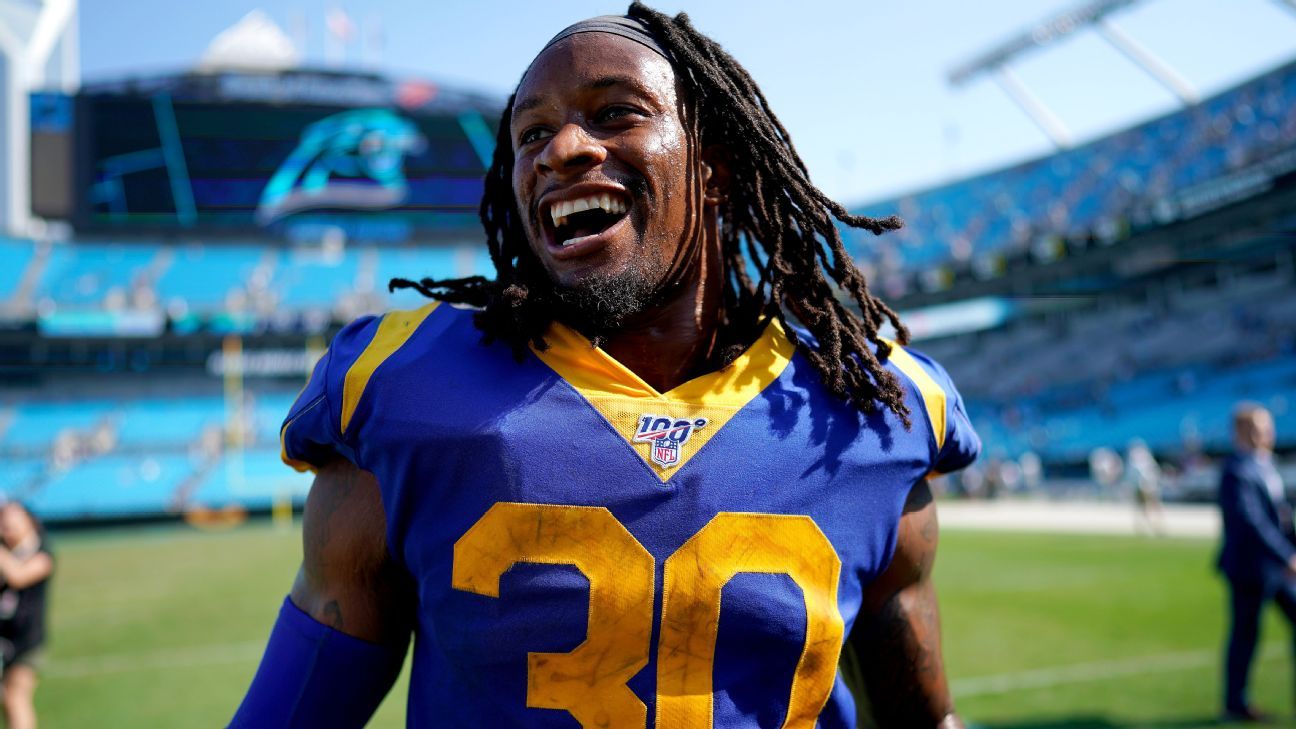 CHARLOTTE, N.C. — A day after Todd Gurley posted a video to his social media that featured pundits doubting his NFL future, the Los Angeles Rams running back helped seal a season-opening victory over the Carolina Panthers.

But it wasn’t exactly the running back situation that the Rams have grown accustomed to, as Gurley — a three-time Pro Bowl selection and two-time All-Pro — split carries with longtime backup Malcolm Brown.

“It was great to see Todd Gurley finish out that game,” Rams coach Sean McVay said after the 30-27 win. “I thought he and Malcolm both did an excellent job.”

Clay: My draft board | 13 breakouts

Gurley rushed for 8 yards and had 12 yards from scrimmage in the first half, his fewest in either category during a first half under McVay according to ESPN Stats & Information research. But he finished with 97 rushing yards in 14 carries — and piled on 64 of those yards in the fourth quarter.

Brown rushed for 53 yards and two touchdowns in 11 carries.

“He did damn good,” Gurley said about Brown. “Malcolm’s a great running back. He’s been here the same amount of time as me and he went in there and did his thing like he always do.”

Speculation about the health of Gurley’s left knee has run rampant since Gurley was sidelined for the final two games of the 2018 regular season, then performed below standard in the NFC Championship Game and Super Bowl LIII. The Rams have maintained that Gurley has been healthy, while Gurley has repeatedly said that he is fine. But he was placed on a load management program throughout the offseason, which included an every-other-day practice schedule during training camp.

“I tried to tell everyone he looks exactly the same and no one wanted to believe me,” Rams quarterback Jared Goff said. “I started him in fantasy this week.”

Before the game, McVay said Gurley would not be placed on a snap count.

But it was apparent against the Panthers that the offense has evolved to include a rotation that will lighten the load on Gurley.

Gurley played three series before Brown replaced him on the Rams’ fourth possession, which resulted in consecutive carries for 10 yards and the team’s first touchdown of the season. 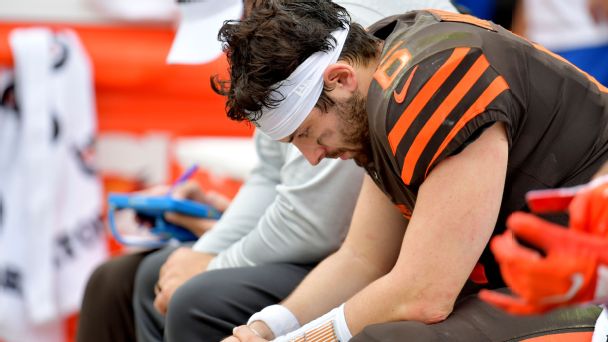 &• Which teams should panic after Week 1?
&• Lamar Jackson sends message to defenses
&• How Rams relied on Todd Gurley in 4th Q
&• Sammy Watkins makes Chiefs more lethal
&• Give props to Cowboys’ Kellen Moore, too
&• Are Giants being honest with themselves?

Brown said he was uncertain before the game how much playing time he would receive.

“I wasn’t banking on anything,” Brown said. “Just being prepared since my rookie year I felt always prepare myself to the best of my ability.”

When asked if he wanted Brown in goal-line situations — Brown also rushed for a 1-yard score after he helped power a 75-yard drive — McVay said the decision to insert him was based on Gurley’s play count.

“He was up in that series and based on the flow and how many plays Todd had played prior to that,” McVay said. “It didn’t really have anything to do with where we were at on the field, as much as it was, ‘OK, we’re just going to get Malcolm in in this series’ and that was something that was predetermined.”

McVay would not commit to the idea that this season they will feature a two-back rotation, but instead cited the flow of Sunday’s game for his decision to insert Brown.

Questions remain about the long-term viability of Gurley’s knee.

But on Sunday it became clear that the Rams’ intend to do all they can to make Gurley last long into a game, and then long into the season.