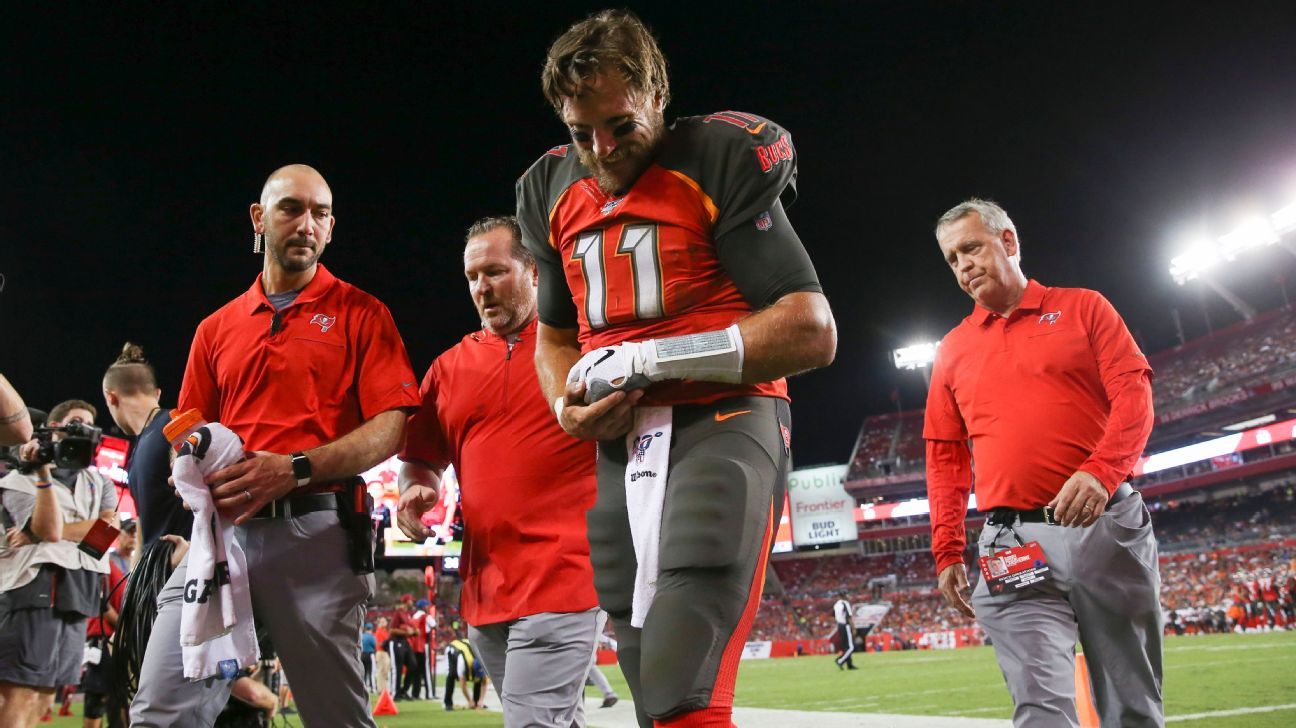 In the third quarter, on third-and-5, Gabbert was scrambling for 8 yards when Browns linebacker Adarius Taylor grabbed his ankle trying to make a tackle. Gabbert landed awkwardly on his arm. He immediately motioned for the training staff to come and left the field holding his left wrist.

He completed 4 of 5 passes for 33 yards, with third-string quarterback Ryan Griffin, the only remaining healthy quarterback on Tampa Bay’s roster, stepping in. Rookie Nick Fitzgerald is still recovering from a hamstring injury.

It was a rough night for Bucs quarterbacks, with the offensive line surrendering six sacks.