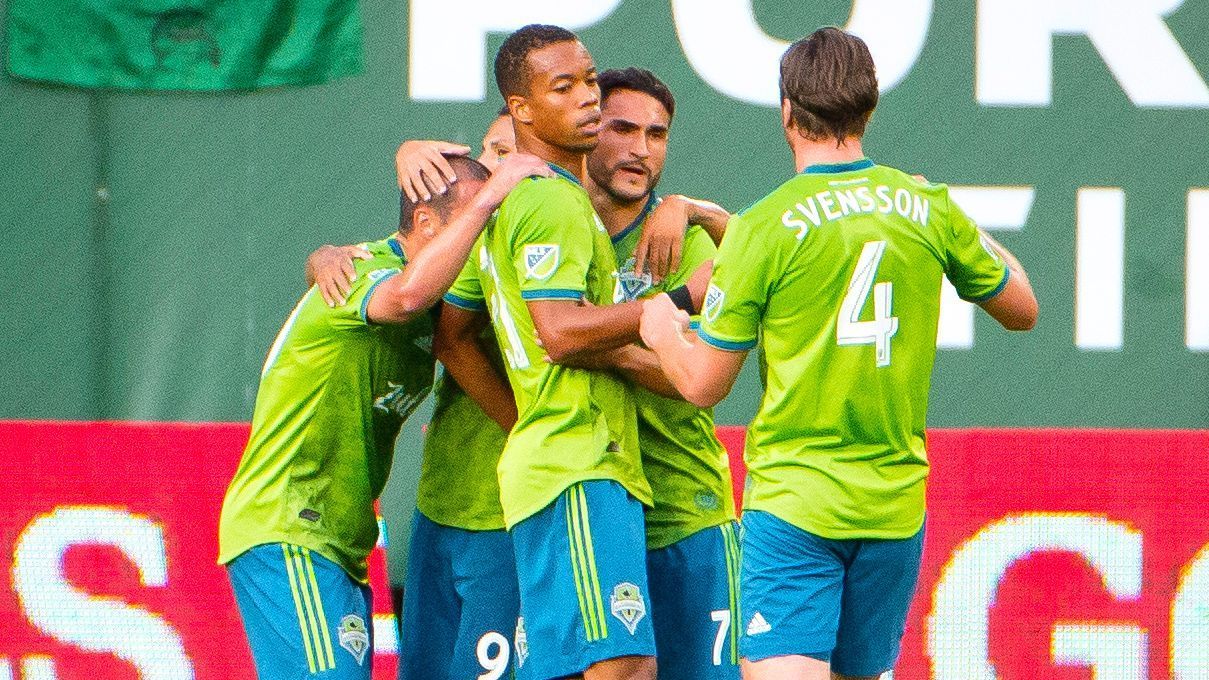 Raul Ruidiaz had a goal and an assist, and Stefan Frei made five saves to lead the visiting Seattle Sounders to 2-1 victory over the Portland Timbers on Friday night.

The victory enabled the Sounders to claim the Cascadia Cup, a competition created by supporters of Portland, Seattle and the Vancouver Whitecaps in 2004. Seattle captured the hardware for the second straight year and the sixth time in team history.

Cristan Roldan also scored for Seattle, which snapped a four-game winless streak and moved into second place in the Western Conference with the victory.

Diego Valeri scored for Portland, which took just its third loss in the last 11 games. Steve Clark finished with two saves for the Timbers.

Seattle (12-8-7, 43 points) took a 1-0 lead in the 22nd minute when Roldan tapped in his own rebound inside the 6-yard box following a cross from Ruidiaz. It was Roldan’s fourth goal of the season.

The Sounders extended their lead to 2-0 in the 47th minute when Ruidiaz calmly redirected a centering pass from Jordan Morris in the middle of the box into the net for his 10th goal of the year.

Portland (11-11-4, 37 points) cut it to 2-1 seven minutes later on Valeri’s seventh goal of the season. The Argentinian midfielder drilled a free kick from outside the middle of the penalty box that hit Ruidiaz and caromed past the wall and into the left side of the net.

The Timbers appeared to tie it in the 81st minute when Brian Fernandez smacked in a crossing pass from Valeri into the left side of the net. However, the goal was quickly disallowed when Fernandez was ruled offside on the play, a decision that was upheld by a video review.

Portland had another chance to tie it in the sixth minute of second-half stoppage time when Valeri hit Sebastian Blanco on the edge of the 6-yard box with a crossing pass, but Blanco’s header landed on top of the goal.