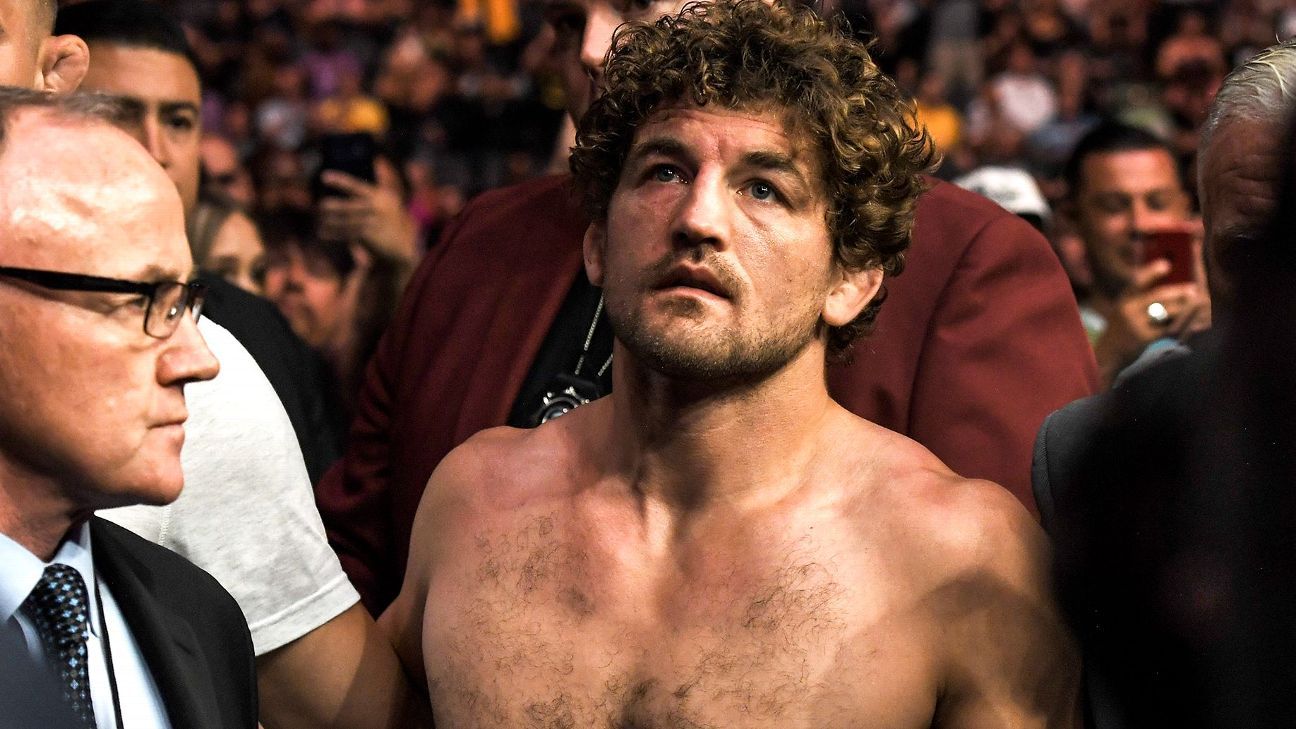 Two of the best pure grapplers in MMA history will face off in October.

Ben Askren will fight Demian Maia in the main event of UFC Singapore on Oct. 26, ESPN’s Ariel Helwani confirmed with sources on Friday. Askren tweeted earlier this week that the fight was a done deal.

Askren is a former Olympic wrestler and two-time NCAA Division I wrestling champion at the University of Missouri. Maia’s background is in Brazilian jiu-jitsu, and he’s one of the best ever to utilize that martial art in MMA. He’s a former Abu Dhabi Combat Club grappling champion and International Brazilian Jiu-Jitsu Federation Pan American titleholder. Both Askren and Maia are known for their phenomenal ground games.

Done deal! Oct 26 we will find out who the best MMA grappler on planet earth is. pic.twitter.com/mzExZDg7MK

Askren (19-1, 1 NC) was undefeated in MMA until he was knocked out in five seconds by Jorge Masvidal at UFC 239 last month. The Wisconsin resident is a former Bellator and Strikeforce welterweight champion.

Askren, 35, was acquired by the UFC via trade with ONE Championship for Demetrious Johnson last year and quickly made a name for himself with his quick-witted trash talk.

Maia (27-9) has won two in a row and nine of his past 12. The Brazilian fighter is coming off a majority decision win over Anthony Rocco Martin at UFC Minneapolis in June. Maia, 41, is a former UFC welterweight and middleweight title challenger with wins over the likes of Masvidal, Carlos Condit and Chael Sonnen.

Hamilton fastest as new cars unleashed in F1 testing
Fury will consider ‘walking away’ once contract up
The great American heavyweight is back. His name is Deontay Wilder
Air Force: Accidents added to NHL game traffic
Faf du Plessis gave his all to South Africa – but he couldn’t take anymore