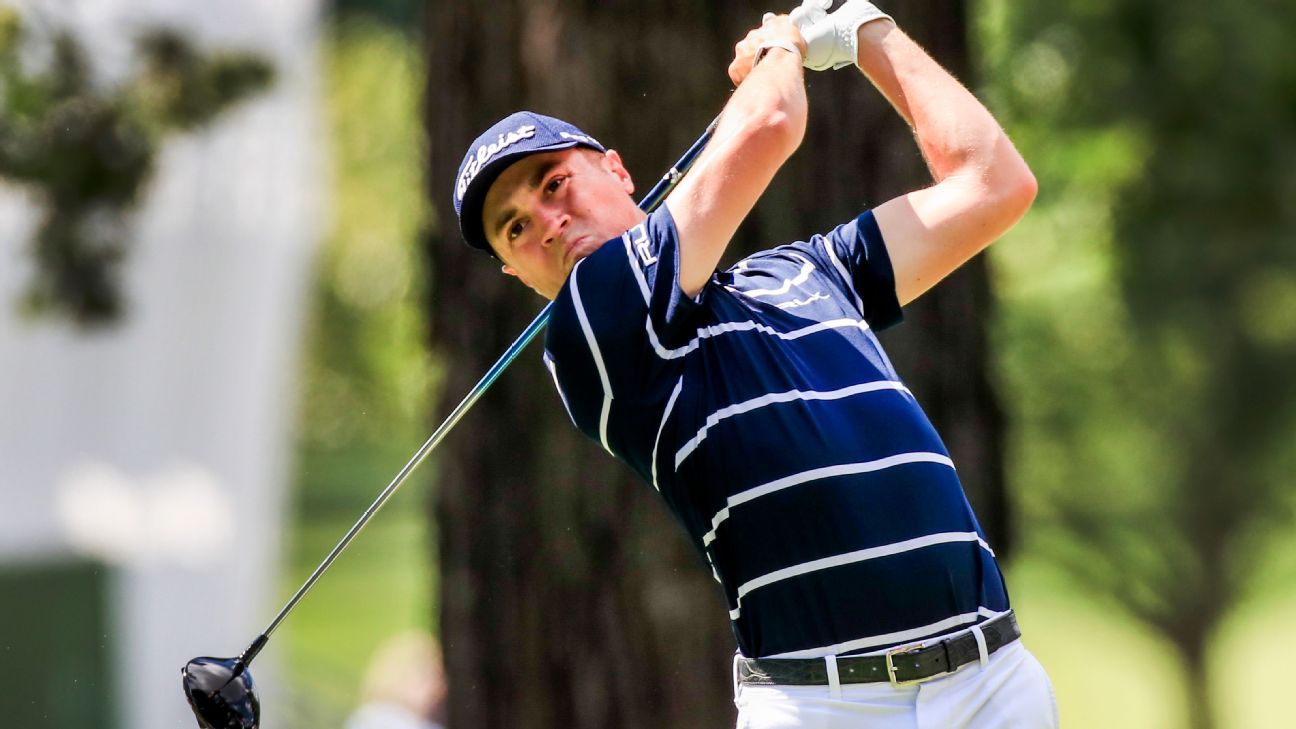 MEDINAH, Ill. — On the range, Justin Thomas had no idea where the ball was going. Some five hours later, he had a share of the course record at Medinah.

Ultimately, all that mattered Thursday in the BMW Championship was taking a good step toward an important goal. Thomas already is set for the Tour Championship next week and the chase for FedEx Cup and its $15 million prize. That’s not what interests him.

“I don’t give a crap about the money,” he said. “It’s about winning tournaments.”

He made his first birdie after hitting a tree on the fourth hole, leaving him a 5-iron he hit to 2 feet. His last birdie was a putt from about 60 feet on the fringe from the back of the 16th green. He did enough right in between for a 7-under 65 and a share of the lead with Jason Kokrak.

The others to post 65 at Medinah were Tiger Woods, Mike Weir and Skip Kendall at the PGA Championship in 1999 and 2006.

Woods won both those majors. Winning the second FedEx Cup playoff event might be a lot tougher.

One week after he withdrew with a mild oblique strain at Liberty National, Woods could only manage a 71 that felt feeble compared with everyone else. All but two players in the 69-man field were at par or better on a Medinah course that was soft from bursts of rain earlier in the week.

Woods is projected to need a top 10 this week to advance to East Lake, where he is defending champion. After one round, he was tied for 50th.

Thomas has not won since the World Golf Championship at Firestone a year ago. He wouldn’t have thought such an opportunity might exist the way he warmed up on the range Thursday morning.

“I probably would say that I had the worst warmup I’ve ever had in my life this morning,” he said.

The goal heading to the first tee was to find something that would allow him to get around without doing too much damage.

“I’ve had that happen plenty of times, just not quite that extreme,” Thomas said. “I’m usually pretty good at finding my way around a golf course and finding something, but definitely didn’t expect that today.”

Kokrak does have the Tour Championship on his mind. Along with a chase for the $15 million, just getting to East Lake includes an invitation to the Masters, and he’s never been. He played the par 5s in 5 under — including an eagle on No. 10 when he holed a 30-yard shot from the rough — and made only one bogey.

Kokrak, who has never won in 207 starts as a pro on the PGA Tour, is No. 32 in the FedEx Cup. The top 30 after this week advance to the Tour Championship, where there will be a staggered start based on par for the final event.

The goal for Kokrak is to get there.

“I thought about doing some number-crunching and seeing what I had to finish, but I think putting myself in a good position to win a golf tournament is going to get the job done,” he said. “I don’t think I need to worry about where I need to finish in the tournament. I’d rather go out and try to win.”

They had a one-shot lead over 49-year-old Jim Furyk, a former FedEx Cup champion who hasn’t been back to East Lake in five years. Patrick Cantlay, Joel Dahmen, Lucas Glover and Brandt Snedeker also were at 66, while the large group at 67 included Adam Scott, Xander Schauffele and Collin Morikawa.

Dahmen and Morikawa have a different outlook.

Morikawa was finishing up at Cal just over two months ago and had limited time just to try to secure a PGA Tour card. He did that with a victory at the Barracuda Championship, and along with his runner-up finish in Minnesota, he comes into this week at No. 57 with an outside shot at the Tour Championship.

“It’s definitely a goal of mine now,” Morikawa said. “Just because I reached those goals for this summer doesn’t mean I’m going to stop here. I’m not satisfied with just ending my season here. Obviously, it’s very fun and I’m grateful to be here after the win. But it doesn’t stop here.”

Dahmen, a cancer survivor who reached the BMW Championship for the first time in his career, is No. 63 in the FedEx Cup and felt free.

“I am so far out of East Lake,” he said. “Actually, my wife asked me that earlier this week. I think it would be way harder if you’re in a spot where you have to finish like 30th to get into East Lake. You still have to grind it out every day to sneak into that number, and then you’re kind of looking at the number. Where for me to get in position to be at East Lake, I basically try to win the golf tournament.