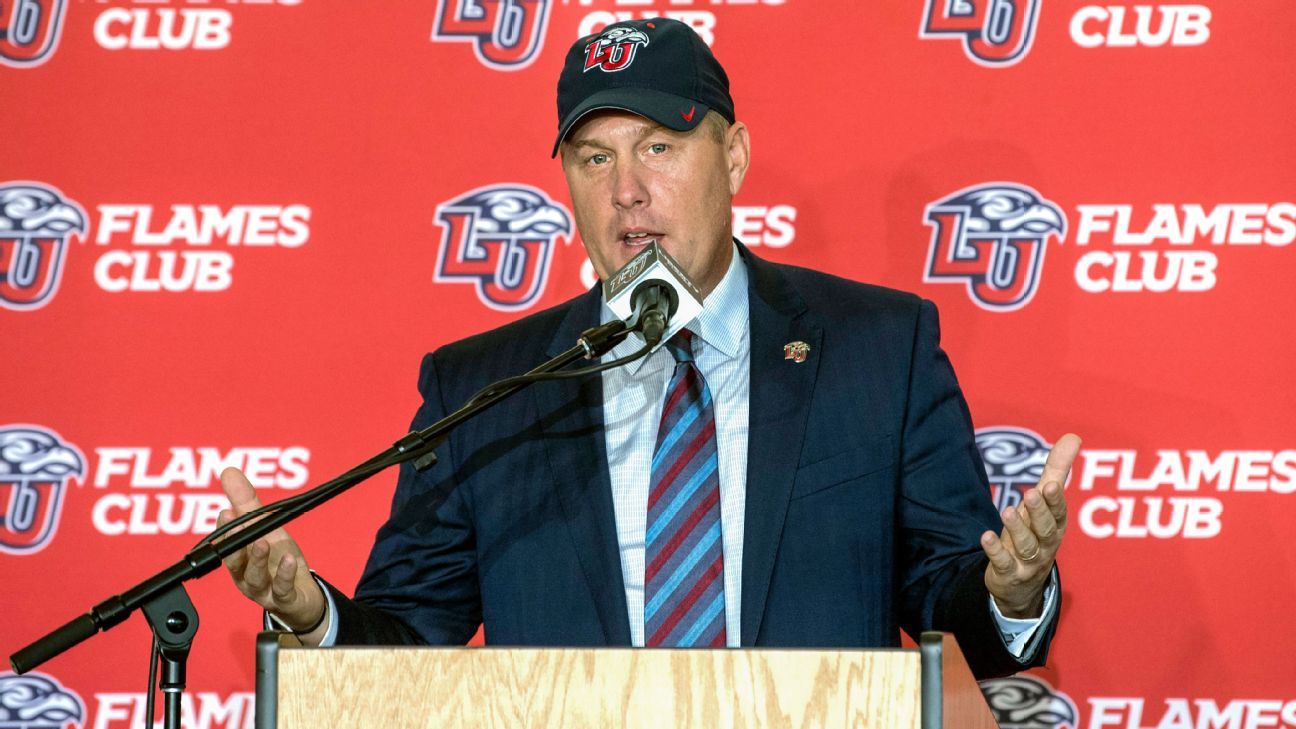 Liberty first-year coach Hugh Freeze is away from the team while undergoing treatment for severe back spasms.

Freeze, 49, has been unable to attend training camp practices since Sunday, according to the team. He’s expected to return to practice as soon as the back spasms subside. Liberty had workouts Monday and Tuesday without Freeze.

The Flames open the season Aug. 31 when they host Syracuse. Freeze last coached at Ole Miss from 2012 until July 2017, when he resigned after school officials discovered he had made a series of calls to a number associated with a female escort service.

He has a 49-28 career record as coach at Ole Miss and Arkansas State.