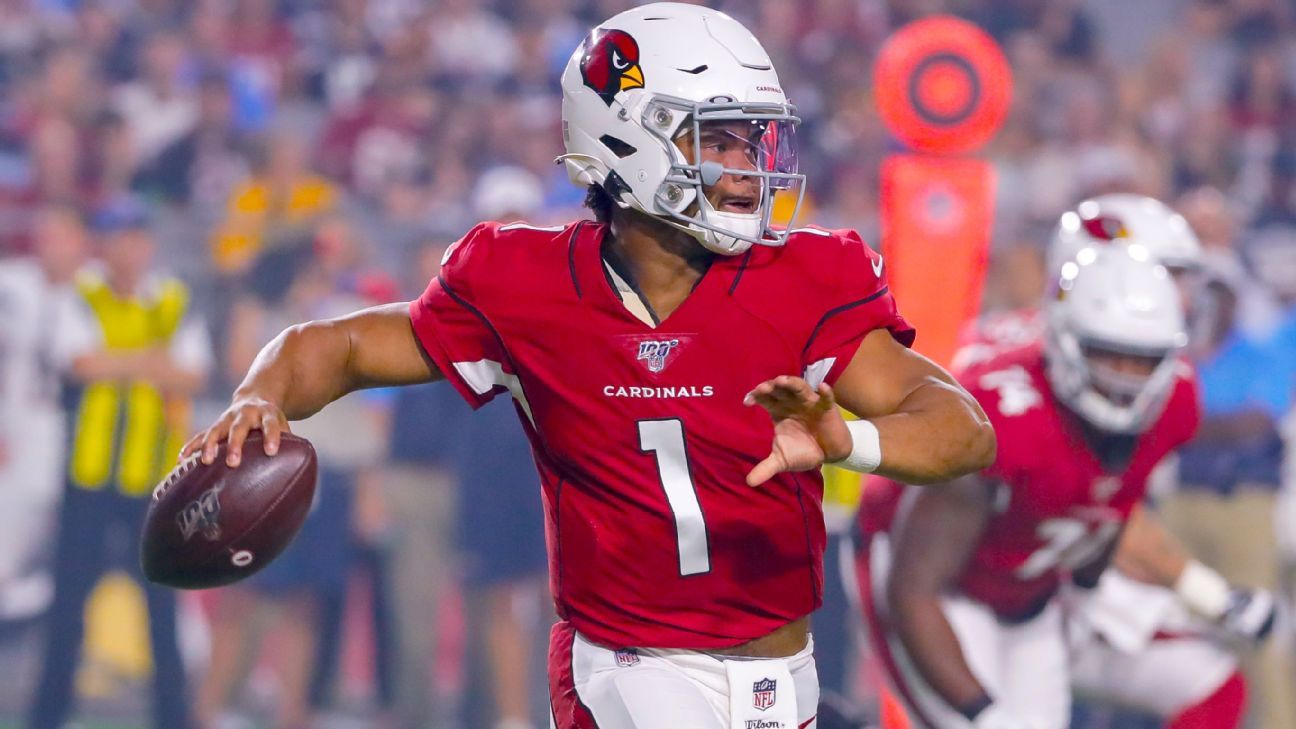 GLENDALE, Ariz. — It doesn’t matter to Arizona Cardinals rookie quarterback Kyler Murray that he won’t run his offensive scheme in its entirety during the preseason.

He believes the Cardinals will still be ready Week 1 against the Detroit Lions because of how well he knows the system because he’s been running a version of it every season since eighth grade.

“I know it’ll work against teams,” Murray said. “It’s hard to prepare for what we will do when the season comes.”

Murray implied that the Cardinals ran parts of their offense in their first preseason game against the Los Angeles Chargers. But, he emphasized, the Cardinals did not game plan last week. That’ll change a bit this week, coach Kliff Kingsbury said. Arizona will plan a bit for what the Oakland Raiders, who the Cardinals host Thursday night, will do, Kingsbury said Monday.

“Not a ton but enough to go out there and be able to execute at a high level,” Kingsbury said.

Murray, who’ll play more than one series against Oakland, expressed his “confidence” in the offense, especially when its being run full bore.

“I think when we get out there full speed moving around, it’ll be good,” Murray said.

How does he know?

“Just because I’ve been in it for so long,” he said. “I know what it looks like. I know how it works. It’s tough to stop. At any level I think it’d be tough to stop.”