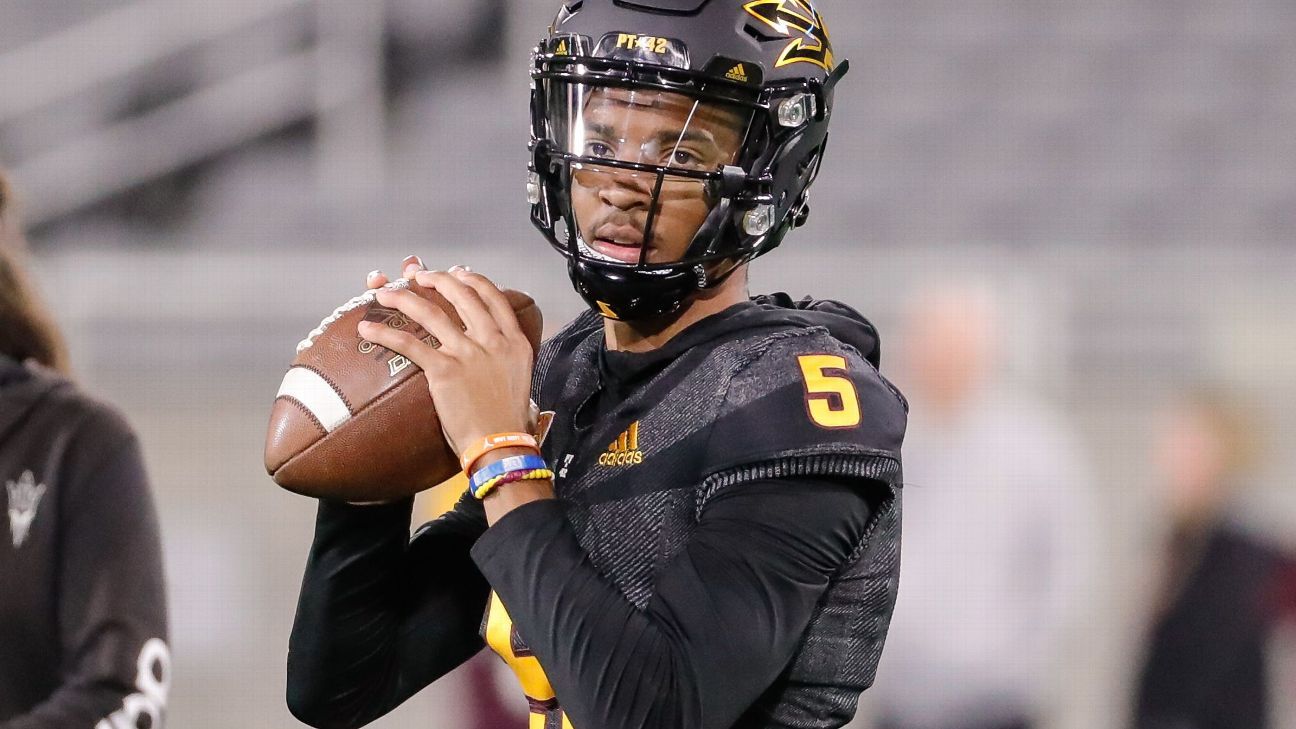 Daniels will be the first ASU true freshman quarterback to start a season opener in school history, Edwards said, and will be backed up by another true freshman, Joey Yellen. Daniels, ESPN’s No. 2-ranked dual-threat quarterback in the Class of 2019, also beat out junior Dillon Sterling-Cole and true freshman Ethan Long to win the job.

Edwards’ selection of Daniels was widely expected. Despite the experience gap between him and Sterling-Cole, who served as Manny Wilkins’ backup last year, Daniels’ showing in the spring, coupled with what he did to impress the Sun Devils’ coaches in high school, made him the favorite going into camp. At Pac-12 Media Day on July 24, Edwards told ESPN he knew who the starting quarterback would be.

At Cajon High School in Southern California, Daniels threw for a Southern Section-record 14,007 yards with 170 touchdowns over four seasons.