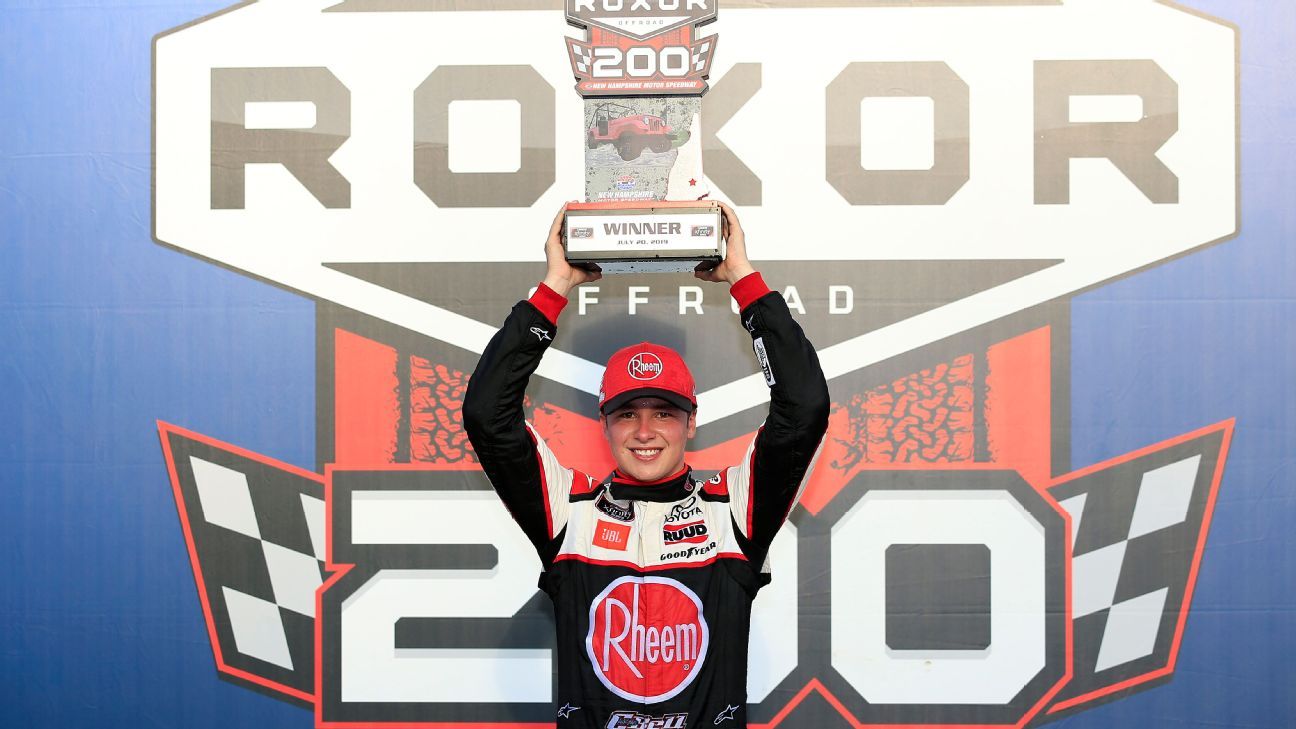 Bell led 186 of the 200 laps in Joe Gibbs Racing’s No. 20 Toyota and finished more than four seconds ahead of Cole Custer, the Ford driver who won last weekend at Kentucky Speedway for his fifth victory of the season. Bell has 13 career series victories.

Justin Allgaier was third in a Chevrolet. Tyler Reddick, the Xfinity Series points leader entering Saturday, was fourth in a Chevy. Paul Menard was fifth in a Ford.

Harrison Burton was running fifth until the 154th lap, when he got bumped from behind by Menard and spun out and struck the wall. Burton, the son former NASCAR driver Jeff Burton, was able to get back on the track and finished 29th. He and Menard had a lengthy conversation at their cars after the race.