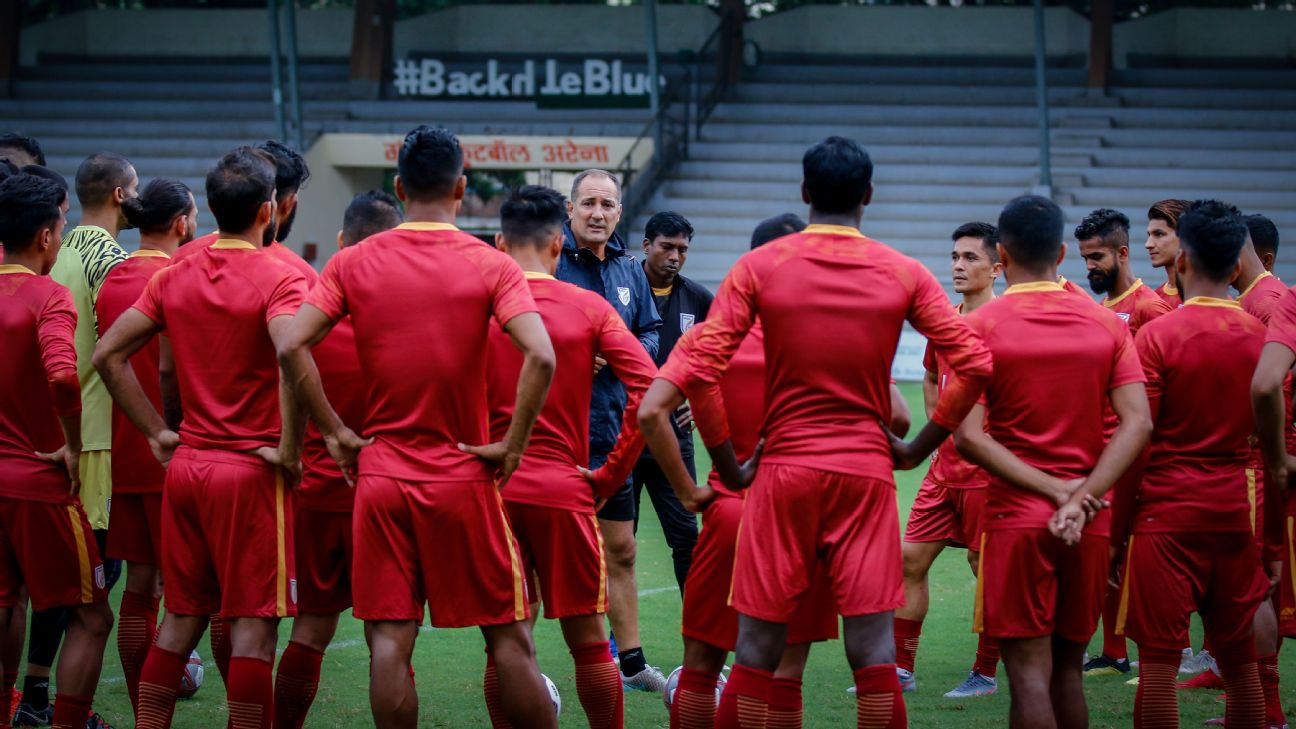 Following India’s 1-1 draw against Syria in the Intercontinental Cup, a tournament in which the hosts ended bottom, with one point from three games, coach Igor Stimac took a not-so-subtle dig at India’s previous management.

“I was not brought here to give just few wins and losses and be nowhere. It is easy to play against certain teams below the range [lower ranked opponents] and get the win. I am not here for that.”

Under their previous coach Stephen Constantine, India had done remarkably well to rise through the FIFA rankings. But despite some great results, there had been ever-growing grumbles about the team’s overtly pragmatic and cautious approach. Stimac, it appears has been appointed with a different brief. Results matter, but so does performance. But while his brief may be different, it comes with increased expectations.

Coming up in September are the combined World Cup and Asian Cup qualifiers, and India have been grouped alongside Qatar, Oman, Afghanistan and Bangladesh. Anything lower than a third-place finish will be seen as unacceptable. Oman, higher ranked and with a much better historical head-to-head against India (W4, D2, L1), should be within his sights. He may not beat Oman, but he has to try.

After the Intercontinental Cup and the King’s Cup that saw him field 29 players across five matches, making a combined 30 changes to the starting lineup along the way, he has now indicated that he has identified – and will stick with – a consistent core of players. The bedding-in period is now over.

It has not been easy. Stimac has been emphasizing the need for struggle, sacrifice and patience, and it’s apparent why. The goalscorer in the Syria match, Narender Gahlot (18 years old, 11 Indian Arrows appearances), had struggled on his full debut – especially in the second half, as Tajikistan smashed in four goals in 20 minutes. Stimac, though, stuck with his man and was rewarded with a much-improved display against Syria (a sloppy, second-string Syria, but Syria nonetheless).

“To feel better as a team it takes time, courage and passion. I warned the nation… this way we choose to play, we will need a lot of sacrifice and suffering. That is how these young talented kids will grow,” he had said, emphasizing the difference in approach with his predecessor.

He seems to be walking the talk, for now.

Amarjit Singh Kiyam, 18, who captained India during the 2017 U-17 World Cup, was given his debut in the King’s Cup in central midfield. He has been outmuscled on occasion, but India have invariably played better with him. In the Intercontinental Cup, we saw the beginnings of what could be India’s midfield for years to come – Amarjit alongside Anirudh Thapa and another Stimac-introduction, Sahal Abdul Samad. These three, along with Gahlot, are the first poster boys of the Stimac manifesto – and their combination holds infinite promise.

Amarjit’s the anchor, Thapa’s the box-to-box marauder with an eye for goal and Samad’s the one with the X-factor, the one that makes people go “woah!” None of them are scared of receiving the ball at feet and each can pick a pass.

Amarjit has a long way to go in terms of his physical development, game management, and consistency, but time is on his side. As it is for the other two — Thapa’s just 21, Samad just 22.

They form the core for Stimac’s plan A – and allow India’s best player the freedom to play his natural game. Sunil Chhetri is at his best with pace around him, when he can exchange quick one-touch passes. This midfield troika, allied with the pace of Lallianzuala Chhangte and Udanta Singh form the perfect attacking combination to facilitate that.

The glaring issue, though, is the defence. The Thapa-Amarjit-Samad midfield is gorgeous when in possession, but without the ball, they simply don’t afford India’s defenders the cover they are used to. This gets accentuated when, like for large parts of the Syria game, Gurpreet Singh Sandhu goes route-one, and completely circumvents the trio.

His last two jobs in management didn’t go too well. In 2015-16, he managed Iranian powerhouse Sepahan — defending champions the season before, and 6th at the time of his appointment — to their then lowest ever finish of 11th. He left the club with a record of three wins, nine draws and nine losses. The following season, he managed lowly Al Shahania to one win in eleven matches in the Qatar Stars League.

His most high-profile job had been with the Croatian national team in 2012-13, where he managed the team through to the World Cup qualification stage into the playoffs but increasing unpopularity over his tactics and approach led to his stepping down.

His only triumph as a coach, with Hajduk Split (where he’d been a club legend as player), came under peculiar circumstances. In 2005, while director of football at Split, Stimac sacked the coach Blaz Sliskovic – with eight games to go in the season — and appointed himself manager. They were leading the table by four points at the time. He maintained course to win the league.

The past is the past, though. On present evidence, it appears we must look past it – much like how the AIFF did — and focus solely on what’s he delivers on the pitch. “We have shown we have great talents. I need to stick with them. Never mind how bad they play. If we don’t give them time they won’t get better.” At the moment, he’s saying the right things, and for the most part, seems to be doing them too.

His team selection has been bold. His faith in youth is heartening. His commitment to fielding expressive players, and having an attack-minded plan A, is invigorating. This Indian team has shown enticing glimpses of what it’s capable of; the onus is now on Stimac to continue along this path, to nurture this team to its full potential, to deliver on his promise.