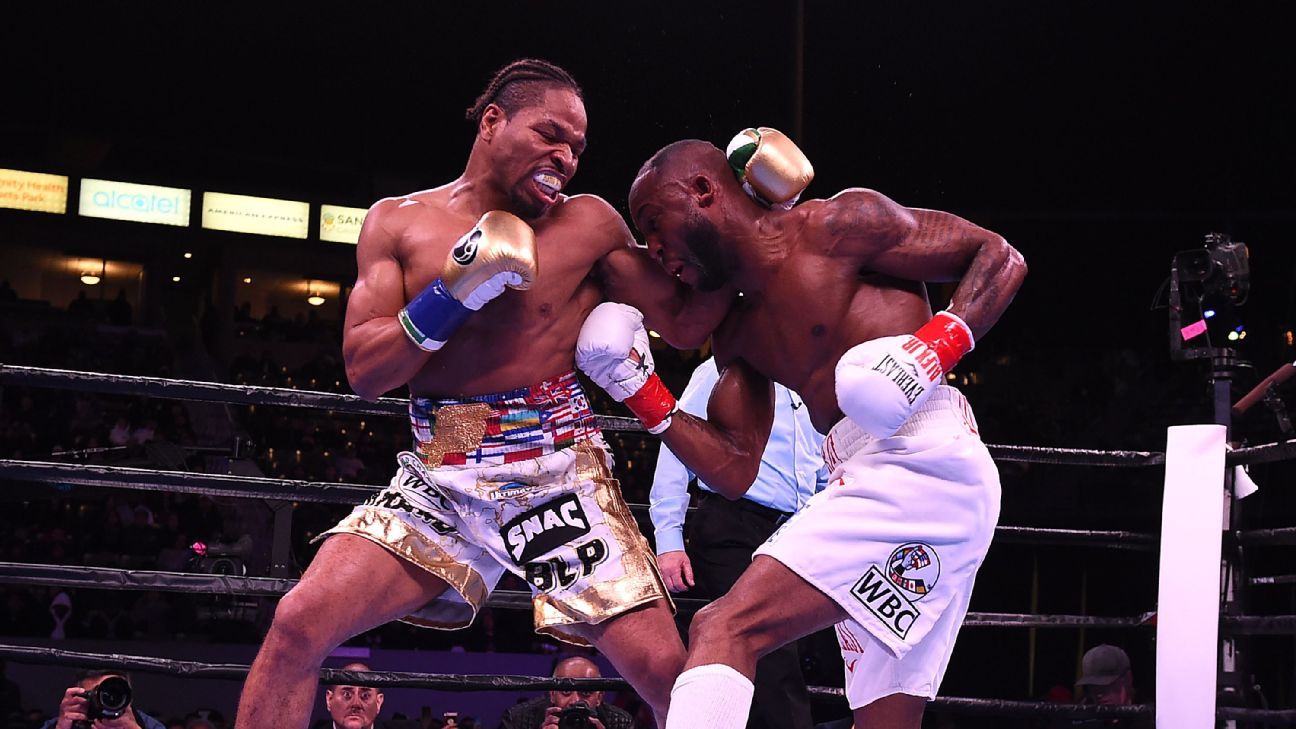 LAS VEGAS – Welterweight contender Yordenis Ugas said he has put the disappointment of losing a disputed split decision for a world title in March behind him as he looks ahead to the opportunity to earn another shot on Saturday.

“I’m really happy to get a second opportunity to earn a world title shot,” Ugas said on Wednesday. “What happened against Shawn Porter is in the past and I’m only looking into the future, which is Saturday night.”

On March 9, in Carson, California, Ugas, the mandatory challenger, suffered a defeat to titleholder Porter. The crowd booed loudly as Porter retained his 147-pound belt by scores of 116-112 and 115-113 while one judge had the fight 117-111 for Ugas.

Ugas is headed into his first fight since then, when he faces former lightweight world titlist Omar Figueroa Jr. in a title eliminator in the co-feature of the Manny Pacquiao-Keith Thurman welterweight world title fight on Saturday (Fox PPV, 9 p.m. ET) at the MGM Grand Garden Arena. The winner will earn a mandatory shot at the belt held by Porter.

Ugas (23-4, 11 KOs), a Cuban defector fighting out of Miami, who turned 33 on Sunday, said he holds no bitterness about the outcome of the March fight.

“I don’t want to say anything bad about the judges. That was their job and that is already in the past,” said Ugas, a 2008 Olympic bronze medalist. “I’m gonna come out ready for this fight.

“Omar Figueroa is a very strong fighter who throws a lot of punches. I believe his fighting style in combination with mine will make a very exciting fight. A win will put me back in contention for a world title shot, which is what I want. I see the fight as 50-50 but I am only focused on my fight, nothing beyond it.”

With Porter and Errol Spence Jr. due to meet to unify their welterweight belts in the fall, Ugas said he will be waiting for the opportunity to fight the winner.

“I am focused on my fight right now but either Shawn Porter or Errol Spence Jr. has a good shot of winning and I would absolutely be ready to face either one,” he said.

“It means the world to me to be in this position, especially because of all of the injuries I’ve had and the setbacks,” Figueroa said. “It’s my third fight in almost four years. I am just grateful for this opportunity. Thankfully this camp I have been completely healthy. I closed camp with 12 hard rounds (of sparring) and I haven’t been able to do that in a while because of injuries. It just feels good mentally and all around. I don’t think I have ever been in a better place.”