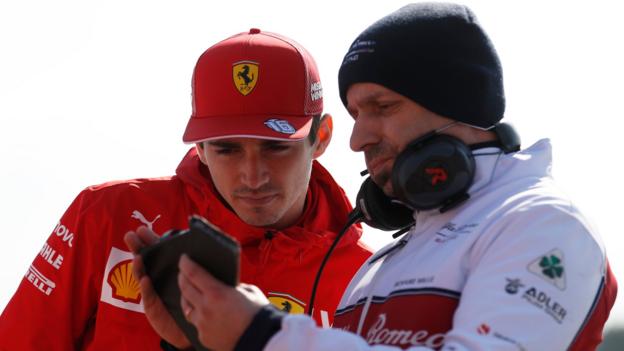 Alfa Romeo have promoted head of aerodynamics Jan Monchaux to the role of technical director to replace him.

Resta’s return to Ferrari follows a dip in form from last season to this. They have not won a race for nearly a year.

Ferrari started the 2017 and 2018 seasons with a car capable of challenging Mercedes and was, on balance, probably the quickest on the grid before falling back in the final third of both years.

But this year the team has struggled for pace. The car has lacked downforce and Ferrari have been truly competitive only on tracks with specific characteristics – largely those with long straights and slow corners.

At the Monaco Grand Prix at the end of May, team principal Mattia Binotto, who was promoted from technical director at the start of this year, admitted that Resta might be coming back to Ferrari.

Binotto said: “As a team no doubt we are always trying to improve ourselves.

“Simone has been in Ferrari in the past. He moved to Sauber. We will or we are evaluating him to be back at a certain stage but it is not something we have decided.”

Resta will be on ‘gardening leave’ until the end of the season and is likely to spend some time in their road-car department until then.

Ferrari were unable to say what his job title would be when he is back on the F1 programme, but said he would not be as technical director or chief designer.

Binotto is effectively fulfilling a dual role of team principal and technical director this season.

Ferrari believe their lack of pace this year is not directly related to the change in regulations governing front wings for this season, which were introduced to try to increase overtaking.

Their analysis is that they lost performance in the final third of last season and have not yet recovered it – and could have been in their current position even if the rules had not changed.

Monchaux previously worked at Ferrari from 2010-12, before moving to become head of vehicle engineering and aerodynamics at Audi Sport from 2013-18 before joining Sauber last year with the team renamed Alfa for this season.