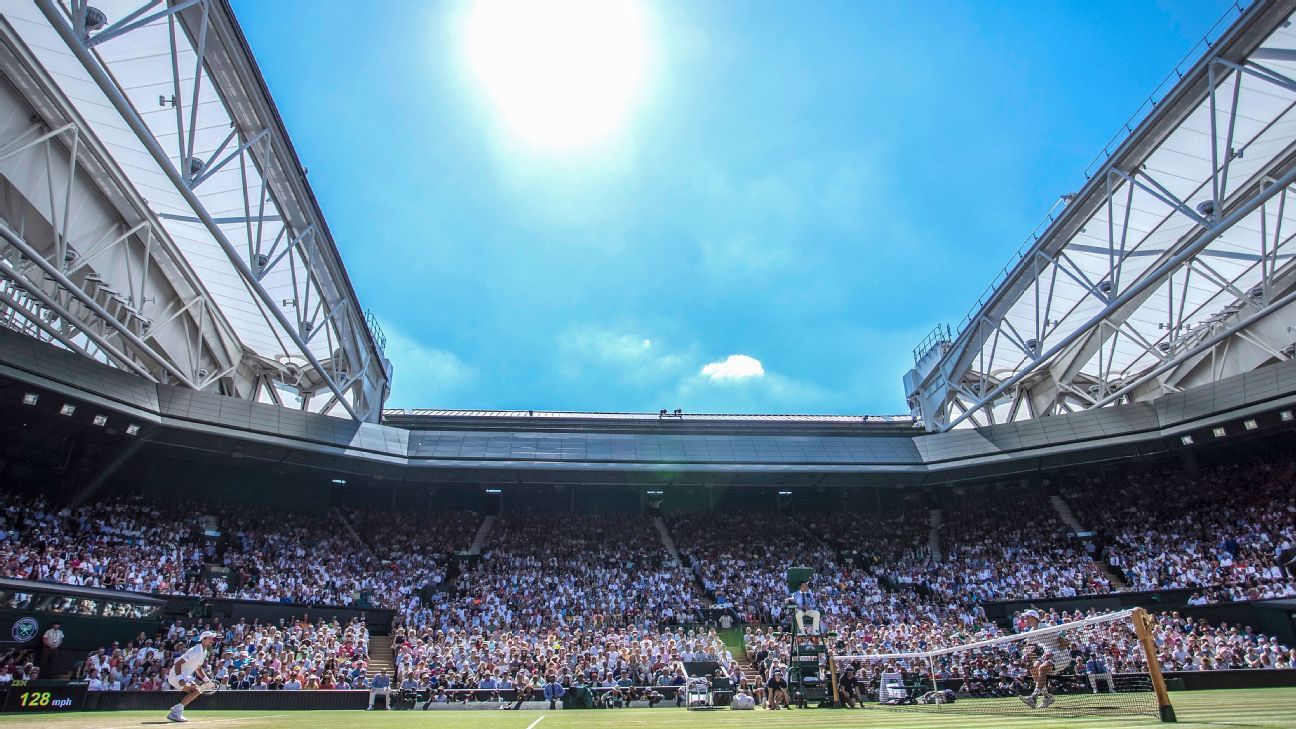 LONDON — Wimbledon is famous for its traditions, from its insistence on predominantly white clothing to the strawberries and cream on offer around the grounds during the two weeks of The Championships.

This year, a couple of traditions are being tweaked. There is a final-set tiebreak for the first time, at 12-12; the new roof on Court No. 1 has introduced de facto night sessions; and, belatedly, the marital status of players is being removed from general umpire-speak. There is one long-standing tradition, though, that might not be quite so well known.

When Novak Djokovic stepped onto Centre Court on Monday, he might have thought that he and his opponent, Philipp Kohlschreiber of Germany, had the honor of being the first this year to set foot on the hallowed turf. After all, Centre Court is the only one of the All England Club’s courts that is not used outside of The Championships.

But actually, they were not the first. Instead, shortly after lunchtime on the Saturday before the tournament began, four women, all members of the club, played a unique match on Centre Court. With an umpire, linesmen and women, ball boys and electronic scoreboard, they played one set of doubles in front of a full Royal Box. It is a tradition that goes back at least three decades, the All England Club told ESPN.com, acting as a full dress rehearsal to make sure everything is ready before the professionals get involved.

Claire Curran, a former top-100 doubles player from Northern Ireland, was one of four women who received an email from the club secretary about six weeks before Wimbledon, asking if she would like to play in this most special of invitational doubles, involving one set on Centre Court, followed by another right after on the No. 1 Court, in similar conditions. “Obviously you just write back and accept the invitation,” Curran said.

The players are told to take extra care not to damage the court, and women are chosen over men because they are lighter and less likely to cause any wear and tear to a court that must be perfect for the opening day of The Championships. The players are also encouraged to make lots of challenges to test the Hawk-Eye video replay system.

“It feels like a carpet, it doesn’t feel like a grass court,” Curran said. “I kept looking down, I was a bit worried. Could I be one of those people who would damage the court?”

The final match of Curran’s professional career was also at Wimbledon, a doubles match against Serena Williams and Venus Williams in 2007. On that occasion, she partnered with Anne Keothavong — now Britain’s Fed Cup captain — in front of a packed crowd. But this was the first time she had ever played on Centre Court, and even though the stands were empty, the Royal Box was packed with club members and friends and family. Not surprisingly, Curran was nervous.

“I was so excited to be asked because I’d never played on Centre Court,” said Curran, now a respected broadcaster on both the men’s and women’s tours. “When you get that invitation you realize, ‘Wow, I’m actually going to get to play on this court,’ which you kind of dreamed about your whole life, but it wasn’t reality. About a week before Wimbledon, I popped into Centre Court and I felt that tingle.

“I found it particularly difficult serving first and looking at the Royal Box. That blew me away. I actually couldn’t serve from that moment on. I couldn’t feel my arm.”

Curran and the other three women, all members, were treated exactly the same way as Djokovic and Kohlschreiber.

Watch Serena Williams, Roger Federer and the rest of Wimbledon action live from the All England Club. Watch all the action on ESPN networks

“The head of the changing rooms walked us out to the court, everything was exactly the same,” she said. “We stood down there and we waited. We were just asked to make a lot of challenges, testing everything. That’s what it’s really about. I think in hindsight, afterward, we probably got the procedure wrong coming off the court, because we were all taking pictures and stuff. Nobody made a comment on it, but we maybe should have just walked off.”

Curran, who also played Fed Cup for Britain, reached a career-high ranking of No. 89 in doubles. But this special invitation, she said, was as good as anything she experienced as a professional.

“I think what you realize when you’re doing it is that [usually] you’re seeing it through the eyes of the cameras, the camera trails, the people walking on. Suddenly that’s you, and although the court itself is empty, you don’t notice that because the Royal Box is full. You can hear everything, the court seems vast and it’s very difficult then as a player to maintain that bubble. I feel almost if there were people on the court it’d be easier in a way, because there’s that chatter and there’s that kind of atmosphere.”

Each player was given a special memento of the occasion. “Everybody who goes to the Royal Box throughout The Championships, when they leave, they get a lovely picture of themselves in the Royal Box, with the names of all the people that are in that box in a folder, with ‘Royal Box, Wimbledon, 2019’ [on it],” Curran said. “They gave us one of those and they gave us a lovely action shot. I don’t ever like seeing pictures of myself — but this guy really did well. He kept it far enough away.”

For the record, Curran and her partner, Lynda Blair, beat Caroline Jones and Fleur Clegg 7-6 in the first match on Centre Court in 2019, and the court was left in perfect condition. Djokovic and Kohlschreiber would not have noticed a thing.