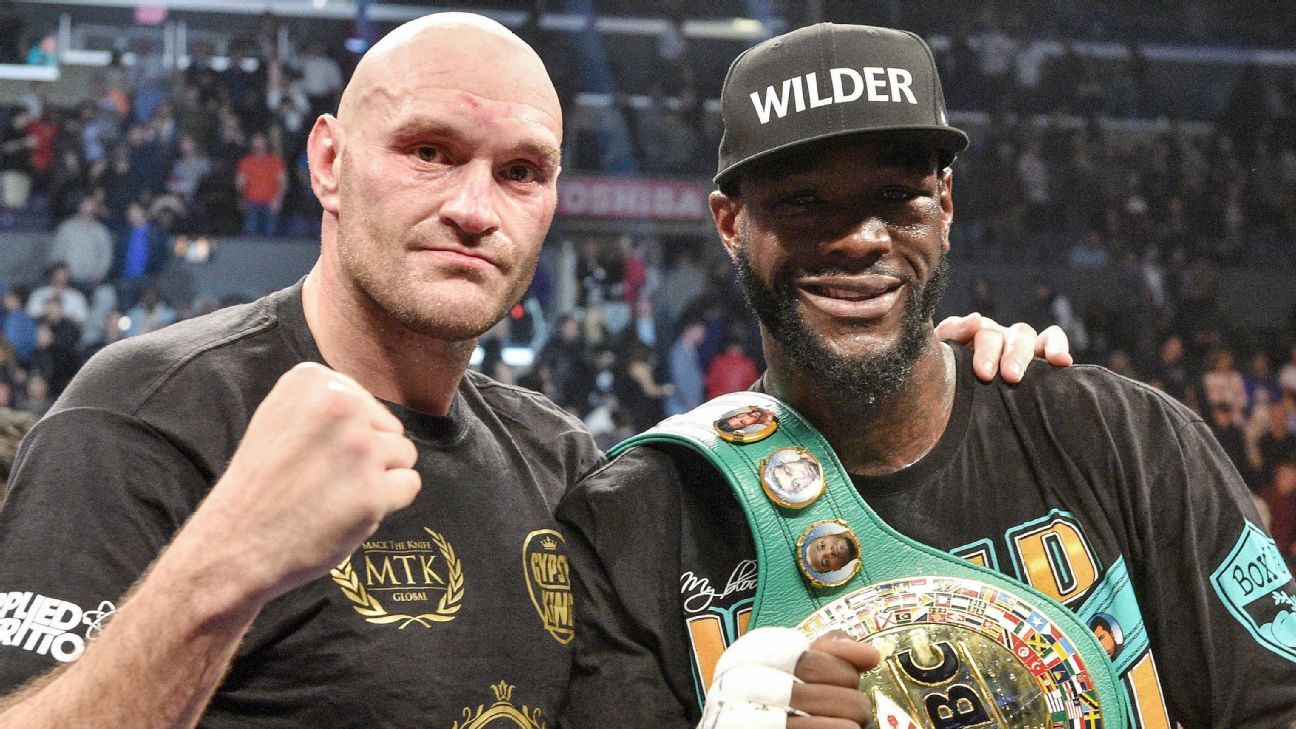 Wilder-Fury II would take place in the first part of 2020.

“Well, as I always say I’m the realest champion in the business and as I’ve mentioned before I must handle all my controversial fights ASAP. Luis Ortiz is first then Tyson Fury next,” Wilder wrote on social media.

On Tuesday, Wilder announced the rematch with Ortiz, which was not unexpected, even though the biggest fight in boxing is the undisputed showdown between Wilder and three-belt titlist Anthony Joshua, who will defend his belts against Andy Ruiz Jr. on Saturday night at Madison Square Garden in New York.

Many expected following a rematch of Wilder’s dramatic 10th-round knockout of Ortiz in a candidate for 2018 fight of the year that he would move on to face New York-based Polish contender Adam Kownacki. But Wilder pulled a shocker in announcing the rematch with Fury.

Well, As I always say I’m the realest Champion in the business and as I’ve mentioned before I must handle all my Controversial
Fights ASAP‼️

Fury would have to defeat Tom Schwarz in their June 15 ESPN+ fight at the MGM Grand Garden Arena in Las Vegas.

Wilder and Fury fought to an epic split draw in December at Staples Center in Los Angeles in a fight in which Fury outboxed Wilder for long stretches but suffered two knockdowns, including a heavy one in the 12th round which he managed to survive.

Then they were close to a rematch, but Fury, in a surprise move, signed with Top Rank to bring his events to ESPN.

While details of the arrangements for Wilder-Fury II have not been made clear, the fight will be on pay-per-view and ESPN will be involved, a source with knowledge of the situation told ESPN. Wilder fights for Al Haymon’s Premier Boxing Champions, which is aligned with Showtime and Fox, so the rematch could be a joint venture between ESPN and one of those networks.

“By no means [am I] looking [past] Ortiz,” Wilder wrote. “He’s a dangerous fighter but I am looking through him.”