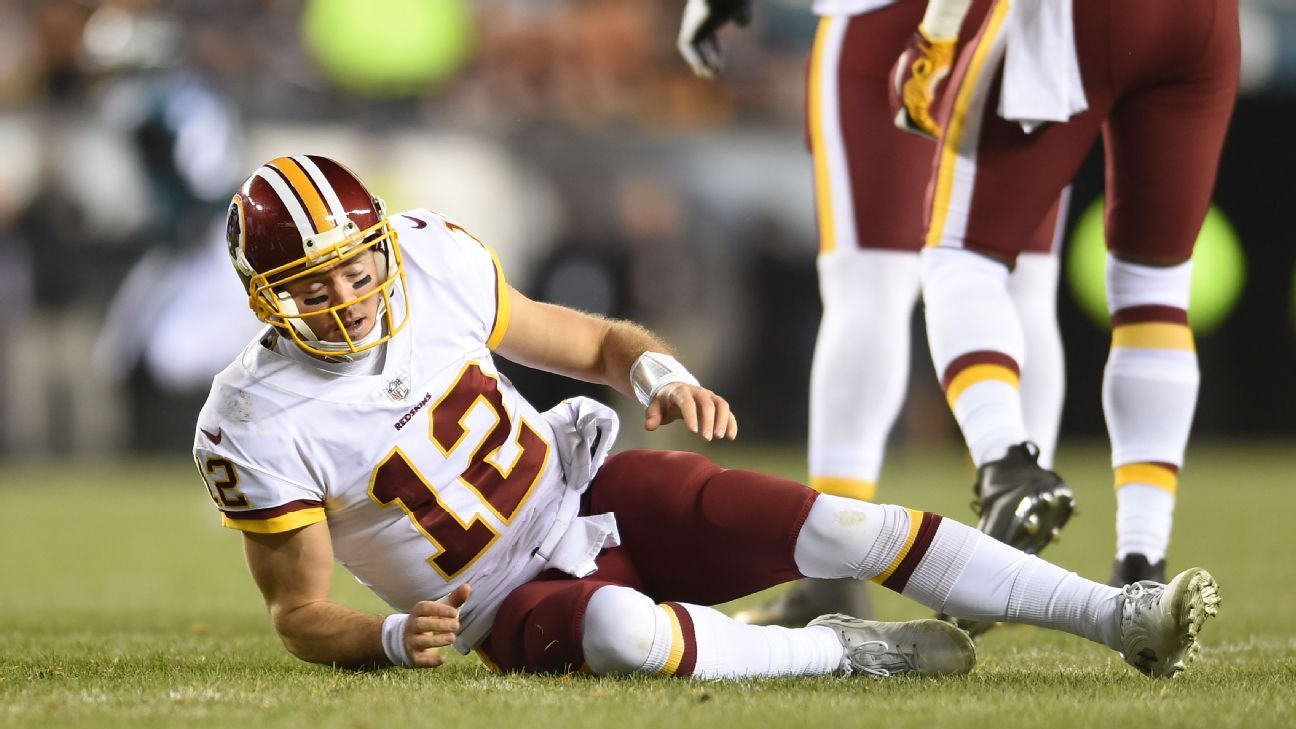 Quarterback Colt McCoy is back with the Washington Redskins for OTAs, his recovery from his fractured fibula is going well, and he is expected to participate to some extent by minicamp and be fully ready by training camp, a source told ESPN’s Adam Schefter.

McCoy broke his right fibula on Dec. 3 in a 28-13 loss to the Philadelphia Eagles, ending his season in only his second start. He was the second Redskins starting quarterback to suffer such a fate. Alex Smith broke his fibula and tibia in Week 11 and is expected to miss the 2019 season.

It was a crushing end to the season for McCoy, who attempted just 11 passes between the start of 2015 through Week 10 this season, playing behind Kirk Cousins and then Smith. The Redskins believed McCoy could still lead an effective offense because of his experience: He was in his fifth year of Gruden’s system. His teammates liked him for his leadership.

But injuries have highlighted McCoy’s career. He started four games in 2014 for Washington, but an injured neck sidelined him for the final two games. He also missed the final three games of 2011 with Cleveland after suffering a concussion.

The Redskins selected quarterback Dwayne Haskins in the first round of the draft last month, with the 15th overall pick. The Redskins last won the Super Bowl after the 1991 season. In the 27 seasons that have followed, 27 different players have started at quarterback.