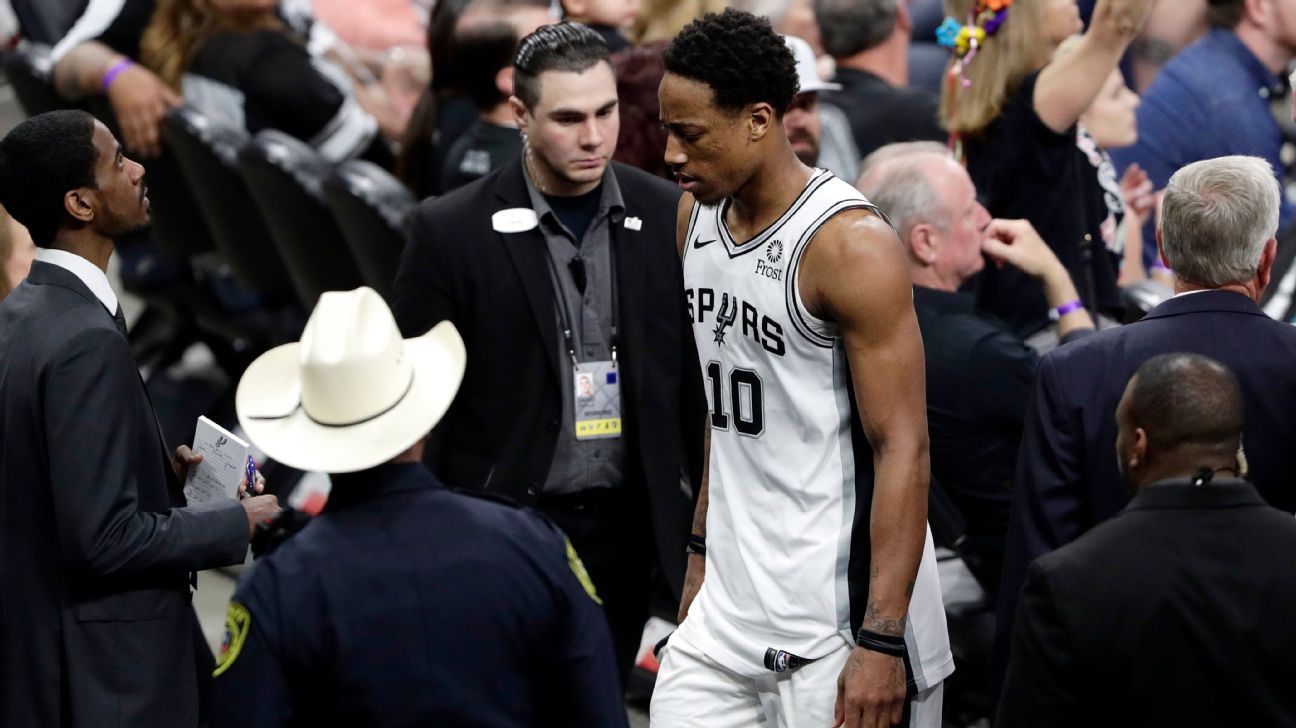 SAN ANTONIO — San Antonio Spurs forward DeMar DeRozan was fined $25,000 for flinging a basketball at official Scott Foster in the fourth quarter of Game 4 between the Denver Nuggets and Spurs on Saturday night.

The NBA announced that the fine was due to DeRozan “recklessly throwing the basketball toward a game official and into the spectator stands.”

DeRozan was ejected after he was given two quick technical fouls for throwing the ball in frustration at Foster with 5:01 remaining in the game and the Spurs on their way to a 117-103 loss to Denver.

DeRozan said he wasn’t thrilled after he was called for a charge by Foster with the Spurs down 110-92. DeRozan, who left the game with 19 points, five assists and five rebounds, said his ejection came from a combination of how the game went and Foster’s call.

“Frustration,” DeRozan said. “I thought it was a bad call.”