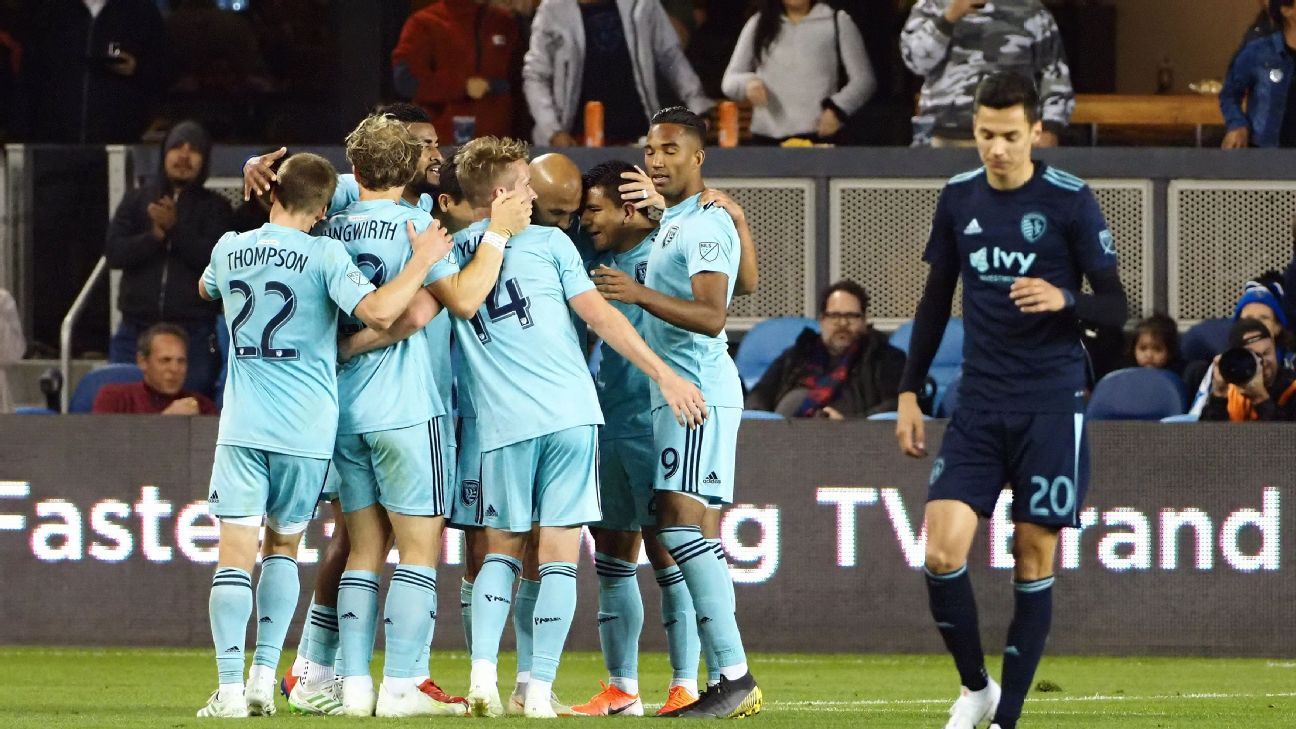 Danny Hoesen scored twice in the first 12 minutes, and the San Jose Earthquakes poured it on in a 4-1 defeat of visiting Sporting Kansas City on Saturday.

It was the worst MLS regular-season loss for Sporting KC since a 3-0 result at Portland on Aug. 7, 2016.

Possibly a bigger blow to SKC is the potential loss of team captain Matt Besler with an apparent leg injury. Besler crumpled to the ground without being touched on Hoesen’s second goal.

The domination was a surprise, as Sporting (2-2-3, 9 points) had a five-match unbeaten streak in MLS action, and San Jose’s 5-26-9 record over the last two seasons entering Saturday was the worst mark in MLS.

Hoesen put San Jose (2-5-0, 6 points) on the board in the sixth minute. He received a long pass from Anibal Godoy, chested it, then fired a low shot to the right of SKC keeper Tim Melia.

Hoesen then earned his brace in the 12th minute when he broke free of the Sporting defense. Originally it was ruled offside, but VAR overruled, and Hoesen was given his second goal. After controlling another long pass, Hoesen gathered it on the left side, eluded Botond Barath and fired it toward goal. It deflected it off Yohan Croizet and into the net.

To make matters worse, Besler was injured away from the play. He left the game and went to the locker room. He was replaced by Abdul Rwatubyaye, who made his MLS debut.

Sporting had a chance to pull one back in the 26th minute when Gianluca Busio was awarded a penalty on a foul in the box by Florian Jungwirth. But Krisztian Nemeth sailed the penalty kick well over the bar, and the score remained 2-0.

Shea Salinas made the score 3-0 just 12 seconds into the second half for San Jose. The Quakes got the second-half kickoff and moved downfield quickly. Salinas was unmarked on the left side. He moved into the box and chipped the ball past Melia.

Magnus Eriksson made it 4-0 in the 61st minute, when he picked up a loose ball in the box and slipped it past Melia.

Felipe Gutierrez converted a penalty kick in the 66th minute to put Sporting on the board. The penalty was awarded when Nemeth drew another foul in the box by Jungwirth.