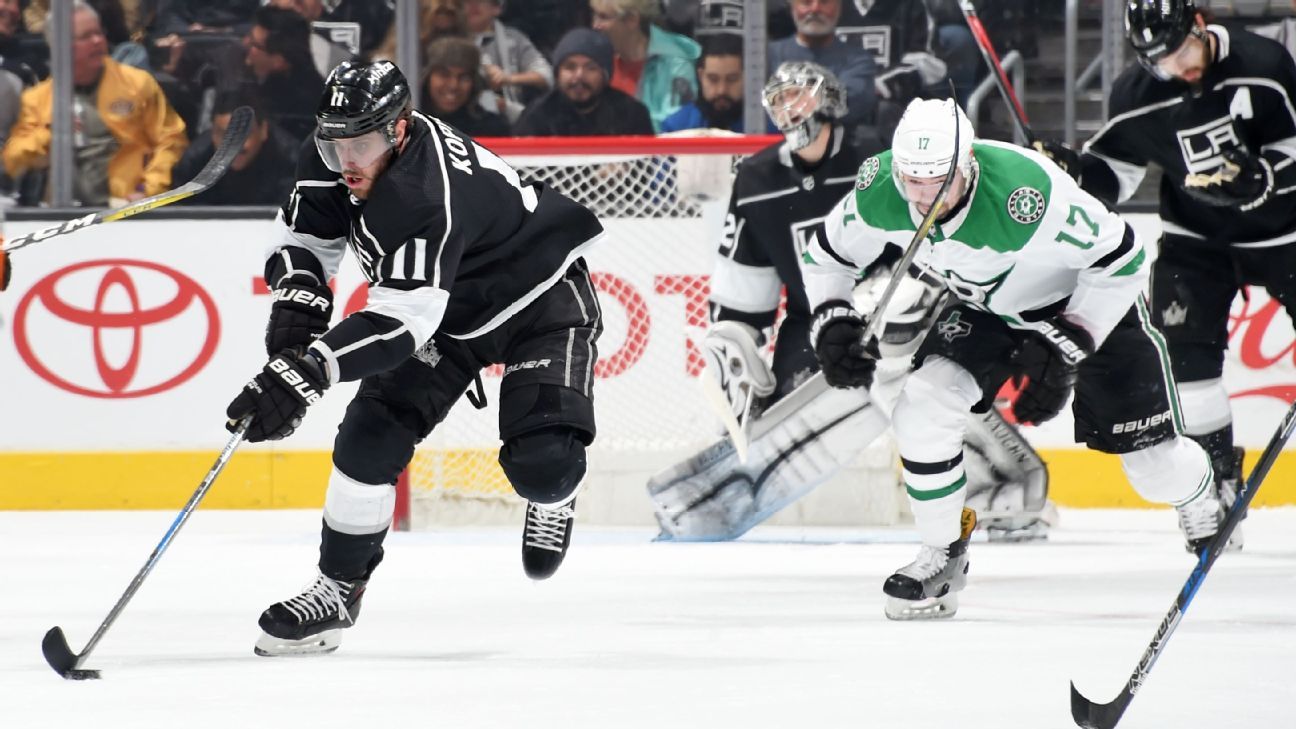 They talk amongst themselves, these NHL governors at their board meetings. Dinner plans. Gossip. Yachts, probably.

But they also talk about the things they’d like to see happen in the NHL, even if they know they’ll be summarily voted down by the current commissioner and his firewall of hand-picked loyalists.

For example, expanding the Stanley Cup Playoffs by four teams and expanding the bracket out with four play-in games, once Seattle enters the NHL in 2021.

One Eastern Conference governor told ESPN that “nearly everyone in this room wants to expand the playoffs.” Gary Bettman? Not so much.

The governors obviously love the extra revenue it would create, as playoff games are essentially like finding a few hundred thousand dollars in the cushions of your couch at the end of the season. But they also feel that Seattle’s entry into the NHL to make it 32 teams renders the current format absurd — and that the postseason should have more elasticity when the league itself expands. The NHL has added 10 teams since 1992, and the postseason admits the same 16 combatants that it did in a 21-team league.

For many governors, this doesn’t make sense. But Bettman thinks “many” is overstating it.

“There are a couple of people that have their own thoughts. But I have no interest, and I don’t have any interest in changing formats,” Bettman told the “31 Thoughts” podcast last month.

That isn’t necessarily how it was framed to ESPN, in speaking to sources at the Board of Governors meeting in Sea Island, Ga., this week. The interest in expanding the playoffs was labeled as “significant” by one governor.

But the issue, apparently, is Bettman. He doesn’t see the need for postseason expansion. Rather than rally for something that isn’t likely to pass, these governors will wait. Perhaps for a new commissioner in the long term. Perhaps for something in the short term that could compel Bettman to think twice about the issue, like his television partners in the next contract asking for the added windfall of another playoff round made of four additional de facto Game 7’s.

But that pressure point doesn’t exist now. It’s Gary’s league. If he doesn’t want the playoff expanded, chances are it ain’t happening.

I’d disagree with him about it “diluting” the regular season, as do the governors that support the format.

Let’s assume for a moment the NHL keeps its current playoff structure, with the top three teams in each division getting in along with two wild cards. Under playoff expansion, those wild cards have play-in games before we determine the opponents for the division champions.

(Bettman’s claim that the ninth place team is so undeserving of postseason participation is especially specious when you consider the Panthers and Blues missed the cut by a single point.)

Meanwhile, the end of the season would have become more vital to the Ducks (101 points) and Sharks (100) in not just trying to avoid a wild card slot and a tough first-round foe, but playing an extra game in the process. Ditto the Penguins (100 points) and Flyers (98), as the Jackets and Devils (both with 97 points) chased them. Meanwhile, the Lightning and Bruins would have been pushing to play a first-round opponent that was coming off Game No. 83 the previous night in Game 1 of their series. It’s strengthening the regular-season playoff races, not diluting them.

But Bettman’s not down with a one-game playoff. 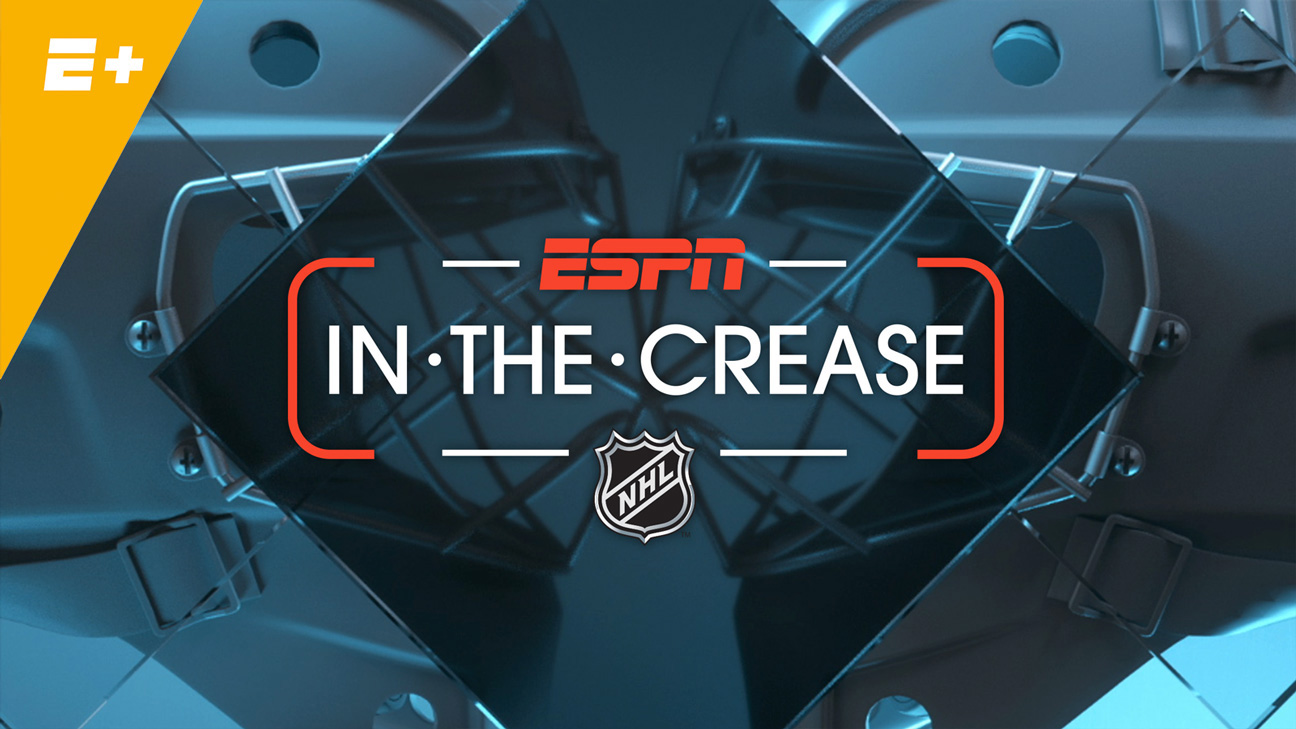 Great point. Here’s another one: Then just finish sixth.

Seriously, who cares about a team whining about a format that doesn’t exist anymore? Why the sudden concern, when the current wild card format has its own inequities in comparison to the previous 1-through-8 format, like protection of the top seeds? Shut up and win a few more overtimes, you babies.

The thing I don’t understand with Bettman and his opposition to expanding the playoff pool: Isn’t this on-brand for him? Isn’t the guy who champions the forced parity of the salary cap and the faux parity of the standings points system supposed to be the guy that celebrates the 10th-place finisher staking a claim as a “playoff team?”

I understand Bettman’s apprehension. I’m a traditionalist, too. The 16-team Stanley Cup Playoff is the best postseason tournament in sports. Nothing matches its war of attrition nor its capacity for unpredictability. If your argument is “don’t mess with perfection,” I completely understand the sentiment.

As a traditionalist, I’d also love to see a 24-team league, but guess what? We’re now at 32 teams. Leaving half of the league out of the postseason seems a bit absurd. I mean, what are we, baseball?

Catch more than 180 NHL games streaming live this season on ESPN+. Click here for the upcoming schedule and to learn how to subscribe.

The “play-in game” idea being floated around the NHL’s governors is the happiest medium for traditionalists and playoff expansion fans: The 16-team bracket remains as-is; it’s just that we’re adding an extra couple of win-or-go-home games to determine the final two seeds before we get to that impeccable two months of postseason bliss.

Count me in for expanding the playoff pool. I hope the governors that support this plan get together and made their plea to Bettman. And in case you needed further convincing, I’d (finally) shut up about Connor McDavid‘s Hart Trophy eligibility if the Oilers finish 10th. Deal?

The Week In Gritty

Gritty was athletic, old school and edible this week.

Our delightful orange freak participated in an all-Philadelphia mascot football game during the Redskins vs. Eagles on Monday Night Football, in case anyone wondered what would happen if Peter Jackson made a sequel to “Meet The Feebles” based within the XFL. Here’s Gritty, executing a perfect block on Hooter, the Temple Owls’ mascot, allowing Swoop to head into the end zone.

The Eagles had a mascot game at halftime and it was great. Obviously the main headline is: Gritty with the game-winning block on Hooter! pic.twitter.com/ExOyms1vFm

Needless to say, a gritty play.

For the record, LL Cool J’s “Mama Said Knock You Out” was released in 1990 and he won a Grammy for it in 1992, so this qualifies, even though he looks like a mascot for “Krush Groove.”

Finally, the spirit of Gritty was captured by the good people at Carvel.

Here’s the deal: Mental Floss writer Erin McCarthy noted the resemblance between Gritty and Cookie Puss, the famous ice cream cake created by Carvel. (Along with Fudgie The Whale, which admittedly was always more my speed.) Carvel noted her sweet and, through the miracle of the Internet, they created a Gritty cake on the Cookie Puss template. Mental Floss chronicled it here. Don’t look too deeply into his Flying Saucer eyes. You might never come back.

Three Stats That Are Pretty Astounding To Me

The Florida Panthers forward hasn’t taken a penalty this season. You know how many he’s drawn? Sixteen! No other forward was in double-digits in penalties drawn as of Thursday night. And this is a guy tasked with a rather significant defensive role, too. This is the stuff of two-time Lady Byng finalists, friends.

The scrutiny of Erik Karlsson‘s game and Martin Jones‘ save percentage has obscured this other baffler with the Sharks. Kane has seven goals in 29 games, with six of them at even strength, and 16 points. That would put him right around 20 goals on the season, provided he plays 82 games, which he’s never done. He’s not a disaster or anything: His plus-109 in shot attempts tells you that he might just be a little snake-bit with that 6.74 EV shooting percentage. But Doug Wilson didn’t give Kane seven over seven for this kind of production.

The image of this jersey arrives in the same week Reaves concussed Wilson with a hit on Tuesday and then autographed photos of that hit that were put on sale, including an inscription that said “he ran into a lion in the jungle.” We’d say “stay classy, Vegas,” but then we’ve been to Vegas.

As an aside, there’s a thin line between celebrating the injury of a player and acknowledging that the player injures his share of opponents and thus got what was coming to him. It’s a thin line, but a line. I think if you asked Wilson, he’d tell you that you get what you give this game. But that’s not a reason to, like, order a signed photo of him post-concussion. Where does one put that, anyway?

Freudian Slip Of The Week

Here’s Jonathan Drouin of the Montreal Canadiens on the rivalry with the Ottawa Senators:

Why is no one talking about this slip up from Drouin about the Ottawa Senators? ������ pic.twitter.com/MQAnypM7n9

“We hate those guys like they hate each other” is Quote of the Year 2018 material, accidental or not.

Listen to ESPN ON ICE

Live from Sea Island, Georgia! Emily Kaplan and I break down the Board of Governors meeting and the expansion franchise granted to Seattle. Our guests are the Seattle team’s COO Victor de Bonis and the great Katie Strang of The Athletic, who talks about potential lockouts and the Slava Voynov saga. That plus much, much more. Stream here and get it on iTunes here.

The Athletic did a “future of hockey” project. The one on the future of broadcasting is worth your time ($).

In case you missed this from your friends at ESPN

Our Seattle jersey design contest with UniWatch was a really fun time.