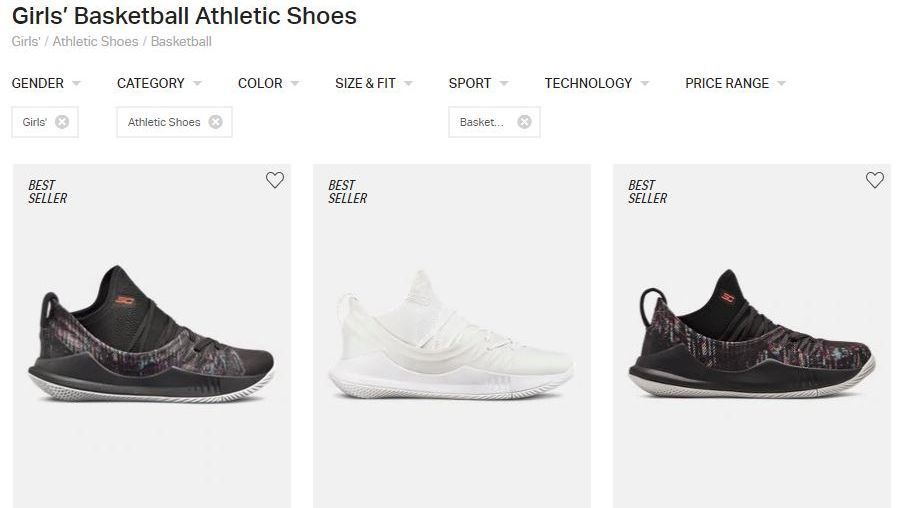 Nine-year-old Riley Morrison needed shoes for the new hoops season, but after deciding she liked Under Armour’s Stephen Curry model, she couldn’t find them. So she took her problem straight to the top, writing the Golden State Warriors star a letter.

Saying she’s a big fan, Morrison wrote that she and her dad “were disappointed to see that there were no Curry 5’s for sale under the girls section. However, they did have them for sale under the boy’s section, even to customize.”

Smartly playing up that he’s the father of two girls and runs a girls’ basketball camp, she writes: “I hope you can work with Under Armour to change this because girls want to rock Curry 5’s too.”

hey @stephencurry30 can u help? pic.twitter.com/3jwuEc776B

Her activism worked. Curry wrote back that “we are correcting this now!” And that wasn’t all. He also said that he was sending her a pair of Curry 5’s, and “you’ll be one of the first kids to get the Curry 6.”

Appreciate you helping us get better Riley! We got you. #MoreToCome pic.twitter.com/UBoTklvwhg

Curry also invited Morrison to celebrate with him in Oakland March 8 for International Women’s Day.

A look at the Under Armour site on Thursday reveals that the Curry 5 shoes are indeed available in the girls’ section.

Morrison told Teen Vogue, which originally reported the story, that she wrote to Curry because she thought it was “unfair” that the shoes were only available in the boys’ section of the website.

“I wanted to help make things equal for all girls, because girls play basketball too,” she said.