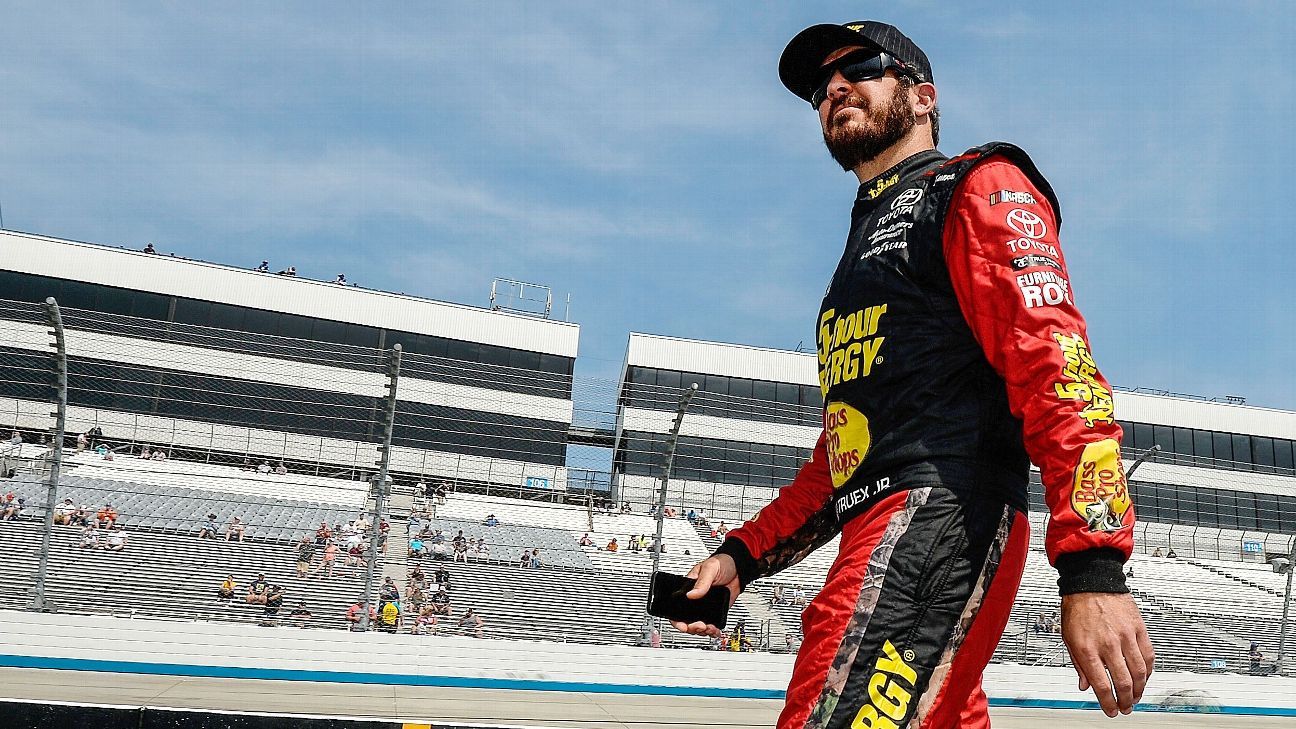 Another week in NASCAR and, as some announcements seem likely but not imminent, here’s where 2019 Silly Season stands from A to Z:

A: Allmendinger. AJ Allmendinger doesn’t have a ride for 2019 and he doesn’t seem overly worried. He could end up racing sports cars full time, but for any NASCAR road-course race, he probably could land a ride if he wants one.

B: Bayne. Trevor Bayne‘s last race for Roush Fenway Racing will be this weekend at Texas Motor Speedway. While his performance has stalled, his value as a person and as someone with plenty of Cup experience could be an option for an Xfinity team running Cup drivers looking for a driver for non-companion events or a Cup team needing to fill a roster.

C: Christopher Bell. Despite many people believing he’d be ready for Cup now, Joe Gibbs Racing has Bell staying where he is for 2019 — he’ll compete for an Xfinity title.

D: Daniel Suarez. Suarez continues to try to finalize a deal to drive the Stewart-Haas Racing No. 41 car. The deal is not done yet. If it happens, it could be with a company that does business with the Slim family, although whether that’s Arris is still TBD.

E: Executive leadership. The NASCAR brass appears stable for the moment as Steve Phelps has taken over as president. Jim France remains as interim CEO while Brian France remains on indefinite leave. Brian’s return, at least in the CEO role, would be a mild surprise. He has a court date scheduled for Friday on the DWI and misdemeanor possession of controlled substance charges.

F: Fusion gone. Mustang is in as Ford’s body style of choice in the NASCAR Cup Series.

G: Ganassi. The two-car team still needs to announce a drive for the No. 1 car next year, and all signs are it will be Kurt Busch.

H: Horsepower. Rule changes for 2019 will reduce horsepower from 750hp to about 550hp at all tracks 1.1 miles and bigger following the Daytona 500. At all tracks except Atlanta, Darlington, Pocono and Homestead, the ducts will be revised to push air out the front wheel wells.

I: Investments. The sale of charters are still to come after the season (charters cannot be officially sold until after the season). There are at least four in play. Furniture Row Racing has a charter to sell. Front Row Motorsports, which gets a charter back that it leased to TriStar Motorsports, has four when adding the one it obtained in the BK Racing bankruptcy. Richard Childress Racing gets its third charter back from StarCom Racing, so it likely will sell that one (or lease another of its current charters). Richard Petty Motorsports, currently leasing a charter to Rick Ware Racing, needs to sell or lease that one. Many of the small teams, including Premium Motorsports, could be in the market to buy.

J: Jamie McMurray. He has been offered a Daytona 500 ride by Chip Ganassi, who then wants McMurray to join his team in a non-racing role. McMurray has not said whether he will do that, but it doesn’t appear he is a candidate for other rides. He is expected to be replaced by …

K: Kurt Busch. Busch is expected to leave SHR and take the Monster Energy sponsorship with him to Ganassi. But no one involved will confirm the deal yet. With Suarez and SHR trying to land a deal, and Ganassi not appearing to be negotiating with anyone else, it seems as though this deal would need a lot to happen to fall apart.

L: Leavine Family Racing. The organization will switch to Toyota next season and Matt DiBenedetto becomes its full-time driver.

M: Martin Truex Jr. future. Truex says he can’t say if he’s going to Joe Gibbs Racing, but everyone else besides him, including Gibbs and crew chief Cole Pearn, have said it. It will happen.

N: Newman. Ryan Newman will leave Richard Childress Racing to join Roush Fenway Racing as the driver of the No. 6 car next season. Scott Graves, who led Chris Buescher and Daniel Suarez to Xfinity Series titles, will be his crew chief.

O: Over. After 17 years, the Jimmie Johnson-Chad Knaus-Lowe’s combination is done. Knaus will be the crew chief for William Byron, and Lowe’s is leaving motorsports. Elliott Sadler crew chief Kevin Meendering will be Johnson’s crew chief and Ally Financial will be his sponsor.

P: Preece. Ryan Preece will replace Allmendinger at JTG Daugherty Racing in the No. 47 Cup car.

Q: Quits. Some drivers are electing to hang it up, at least from full-time Cup racing. Kasey Kahne, Elliott Sadler and Spencer Gallagher have made “official” announcements. And every time Matt Kenseth speaks, it sounds like he’s done, as well. Kahne’s decision was made before he had to end his Cup career prematurely as dehydration issues have plagued him for several months.

S: Sponsorship. Monster Energy will return for one final season as the series sponsor. NASCAR then hopes to have a tiered sponsorship system that doesn’t include naming rights for the NASCAR Cup Series but a sponsorship program for select companies that include NASCAR assets, track assets and a television advertising component.

T: Track bar. The driver adjustable track bar will be no longer. It will be adjusted only by a crew member on a pit stop.

U: Underdogs. The small-budget teams of Go Fas Racing, Rick Ware Racing, Premium Motorsports, StarCom Racing and Gaunt Brothers Racing all have seats to fill. It might be awhile before many of them settle on plans.

X: Xfinity Series. Noah Gragson will move to JR Motorsports next year, but there are plenty of seats to be announced. Tyler Reddick is headed to Richard Childress Racing. Ganassi and sponsor DC Solar have liked what Ross Chastain has done in his few races and a full-year deal is a possibility. GMS Racing needs a replacement for Spencer Gallagher, and it appears John Hunter Nemechek has a shot at that spot. Justin Haley, who has some funding, also could find his way into the series next year after making the playoffs in trucks this year. Roush Fenway Racing has to decide whether it even has a program.

Y: Year away. Is it too early to start talking the Silly Season for the 2020 season? The top story will be that Kyle Busch is a free agent. Not that we’d expect him going anywhere but stranger things have happened.

Z: Zip. No changes to the NASCAR Cup series schedule.