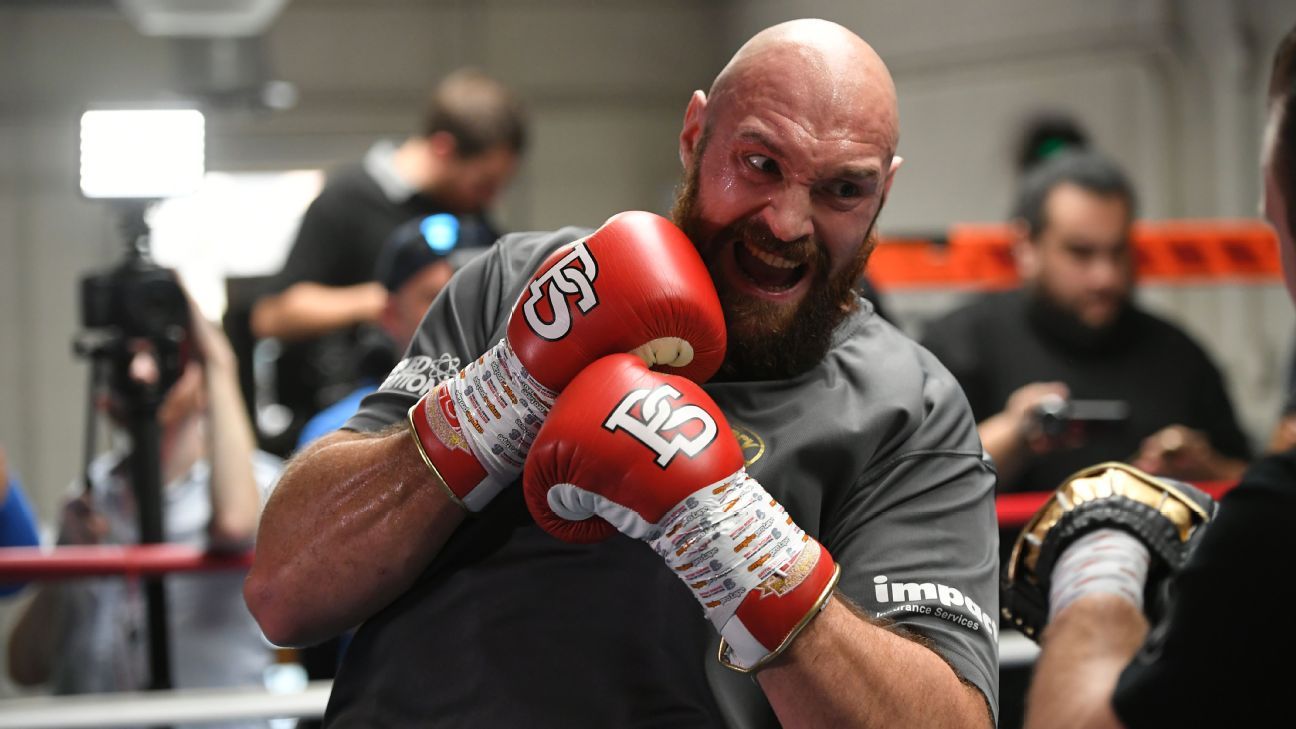 Tyson Fury has revealed his wife Paris said he was “too fat” to make a return to heavyweight boxing.

Appearing on Showtime’s Below the Belt with Brendan Schaub, lineal heavyweight champion Fury spoke of the moment he decided to make a return to the ring following a 31-month absence.

After defeating Wladimir Klitschko by unanimous decision to win the IBF, WBA and WBO world heavyweight titles in November 2015, Fury took a two-and-a-half year exile from boxing in which he battled a number of personal issues.

Fury (27-0, 19 KOs), 30, failed two drug tests for cocaine and struggled with drug and alcohol abuse and mental health issues, which he has since spoken openly about.

The Briton, who is currently training in the U.S. ahead of his blockbuster world title fight with WBC champion Deontay Wilder in Los Angeles on Dec. 1, talked about his excessive weight gain during that period.

“This belly was out here, this back was out here. I had wings on me. I’m disfigured for life. I’ve got stretch marks all over my body.”

“I’ve been training up there for two weeks and feeling like dog—- every day. I feel like I can’t do five rounds up there because I can’t breathe. So we wanted to see if I’m fit or not. We’ve come down and I’ve done 12 rounds here today at lightweight pace, and I smashed it. So I’m fit.”

Unbeaten Fury has fought twice since his return to boxing in June, claiming victories over Sefer Seferi and Francesco Pianeta.