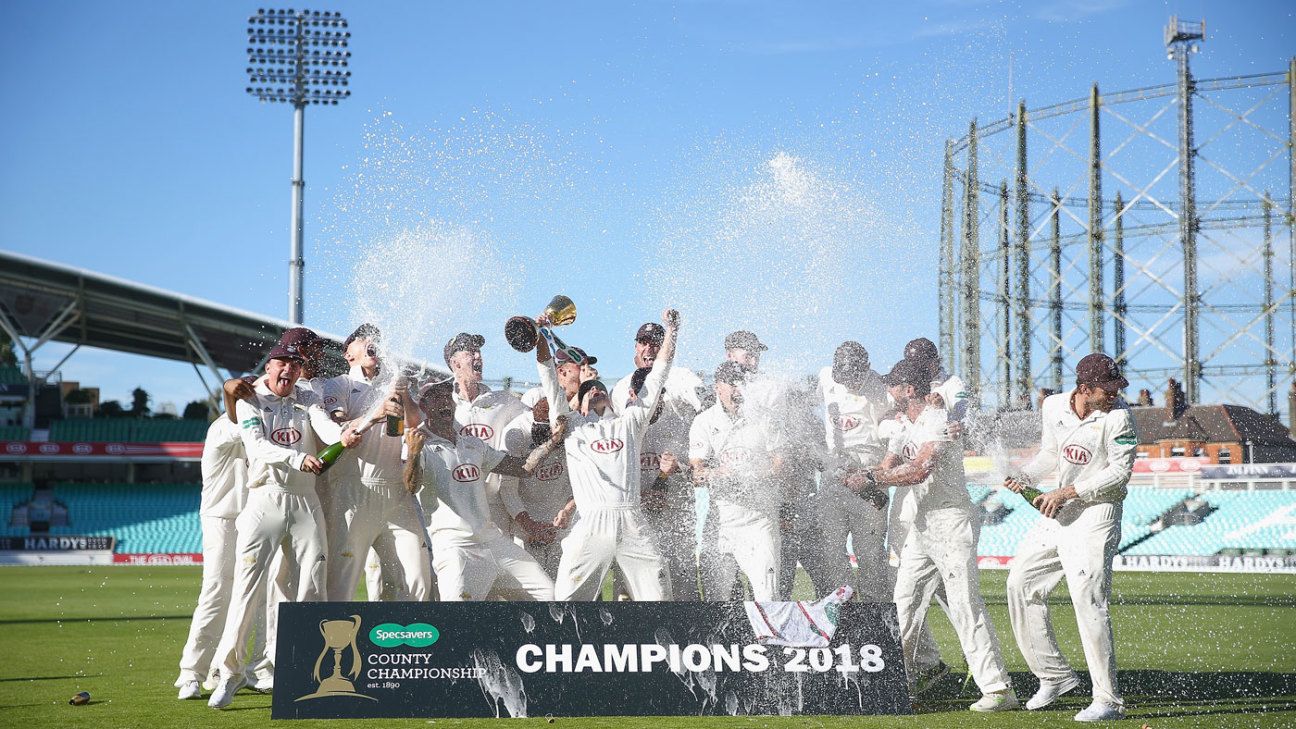 The ECB’s new city-based competition will take place at the same time as county cricket’s existing 50-over tournament, after a review of the domestic schedule from 2020 onwards was ratified by the 18 first-class counties.

The Men’s Domestic Playing Programme group (MDPP), chaired by Leicestershire chief executive Wasim Khan, has also confirmed that three counties will be promoted to Division One of the County Championship in 2019, with one relegated, ahead of a new-look first-class structure which will feature ten teams in the top flight, eight in Division Two, and a new “seeding system” to enable a limit of 14 matches per season.

The MDPP, which met four times and held a series of consultations across the country in coming up with its recommendations, also confirmed that the Vitality T20 Blast would retain its current format of two groups of nine teams, split by North and South counties, ahead of quarter-finals and a Finals Day at Edgbaston.

In addition, a new round of 50-over fixtures will be played before the domestic One-Day competition in mid-July, with each first-class county visiting a Minor County.

It is the plans for the new competition and the Championship, however, that are of greatest significance, with the ECB confirming that it would be the 50-over tournament that will be shifted to July and August to provide the counties with action and income while the new competition is taking place.

The counties will be split into two groups of nine – not necessarily along existing North and South lines – and will play each of the other eight counties in their group [four at home and four away] before the top three qualify for the knockout stages.

Overseas players will not be permitted to take part in the county 50-over competition, presumably in a bid to prevent any competing interests for the top talents whom the ECB hope to attract to their city-based event.

However, this downgrading of the competition will come in the aftermath of next summer’s 50-over World Cup, for which England, the hosts, are currently favourites to lift the trophy for the first time in their history.

The County Championship will also undergo a significant rejig at the end of the 2019 season, with the current balance of eight top-flight teams and ten bottom-flight teams set to be swapped in a bid to provide, from 2020 onwards, greater security against relegation, and greater opportunity for promotion.

However, all county teams will continue to play 14 matches per season, which means that for the First Division, the counties will be unable to play all of their opponents at home and away in any given year.

“Due to the asymmetrical nature of 14 matches in a 10-team division a seeding system is being explored to optimise fairness, firstly in Division Two in 2019 followed by Division One from 2020 onwards,” said the ECB in a statement.

Khan, the MDPP chairman, said: “It was critical throughout the process to consider a programme that was underpinned by three key principles: supporting sustained success for England teams, maintaining a vibrant domestic game and recognising the importance of red ball cricket.

“There were a number of areas up for discussion which showed the importance of extensively consulting with all 18 First-Class-Counties in a thorough and impartial process. We are very pleased that that there was unanimous support for a structure that will hopefully improve our domestic game and in turn the England teams.”

Gordon Hollins, ECB Chief Operating Officer, added: “It was important that the process took in the views of all the stakeholders in the domestic game, especially the counties. After receiving unanimous agreement we will move forward with plans that will help ensure that our domestic game remains as vibrant as possible while producing players to help our England teams remain successful.”