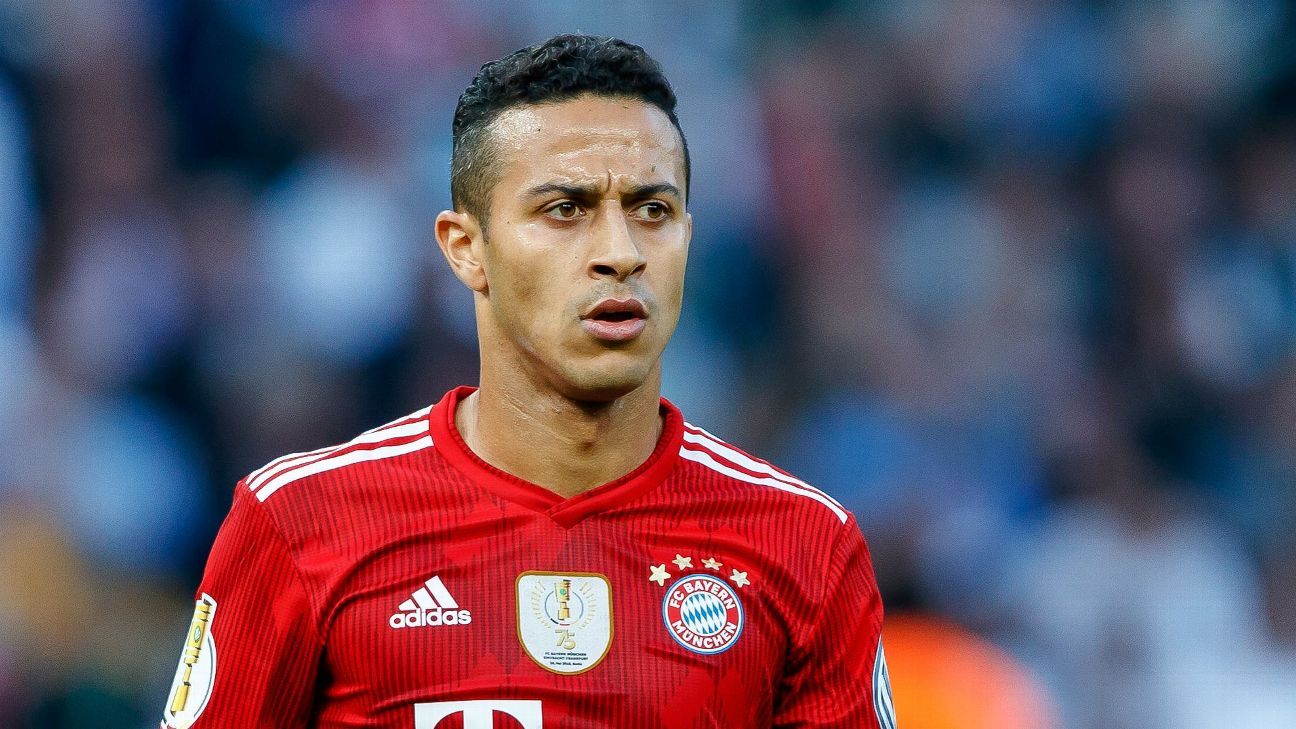 Bayern Munich midfielder Thiago Alcantara will be sidelined for “several weeks” after suffering an ankle injury in the DFB Pokal tie against fourth-tier Rodinghausen on Tuesday, the club have confirmed.

Alcantara, 27, was injured in a late challenge by Rodinghausen’s Bjorn Schlottke after 73 minutes and later left the stadium on crutches.

“FC Bayern must do without Thiago for several weeks,” a club statement said on Wednesday.

“The Spain international sustained a ligament tear in his right ankle in the cup match at Rodinghausen, a medical by Bayern Munich club doctor Hans-Wilhem Muller-Wohlfahrt revealed.”

After the match, Bayern coach Niko Kovac had told Sky that “it doesn’t look good right now,” while sporting director Hasan Salihamidzic said the injury was a “bitter” setback.

Thiago has played in 14 of Bayern’s 15 matches so far this season, missing only the Champions League game at Benfica with a toe injury.

His injury comes less than two weeks before Bayern Munich’s visit to Bundesliga leaders Borussia Dortmund, who are two points ahead of them. Bayern host Freiburg this weekend.