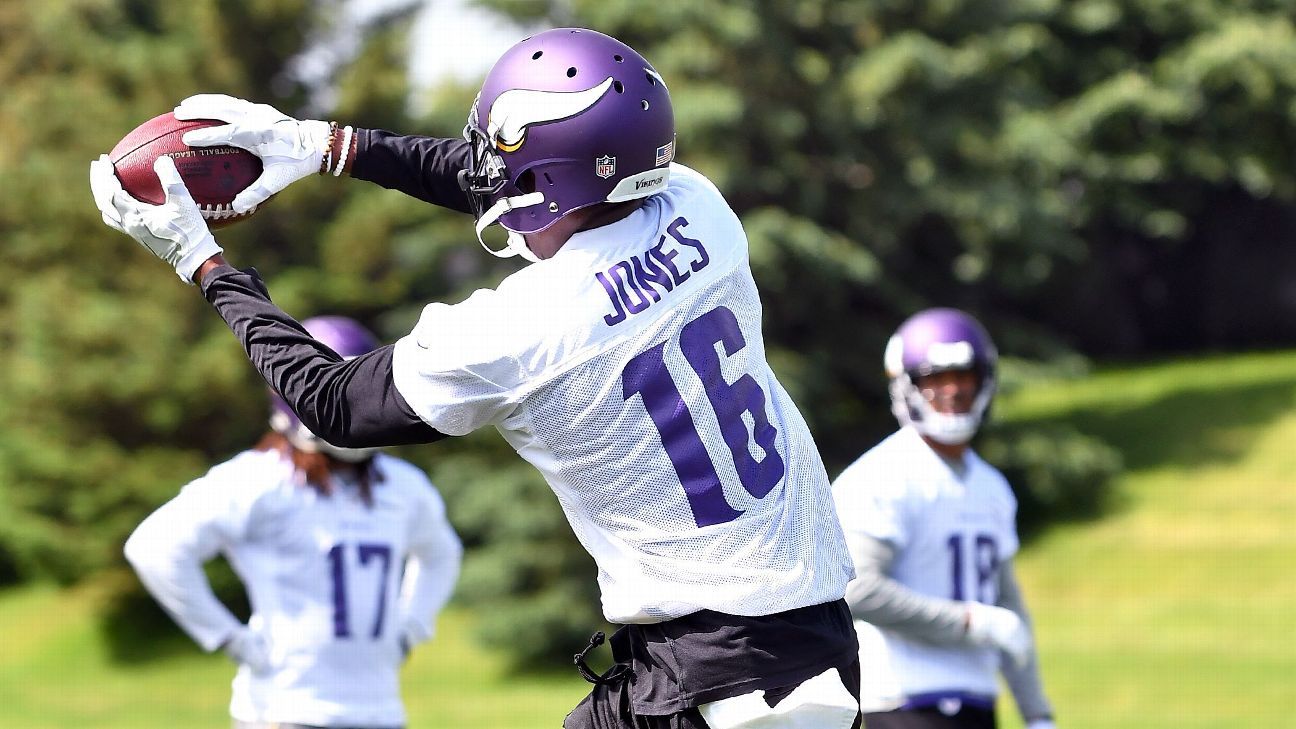 MINNEAPOLIS — Three days after being arrested on probable cause in connection with domestic violence incident, wide receiver Cayleb Jones was released by the Minnesota Vikings during the first wave of roster cuts on Friday.

Jones appeared in court on Thursday where he was formally charged with felony-level theft, misdemeanor domestic assault and a gross misdemeanor for interfering with a 911 call.

Dakota County court documents state that an emergency call was placed at 2:30 p.m. Tuesday by a woman “who advised that her boyfriend had put his hands on her.” During a verbal altercation that became physical, a woman told police that Jones picked her up and threw her down and kicked her as she tried to leave with her belongings.

A criminal complaint reads that “the victim then told Jones she was calling the police and went into the elevator. The victim said Jones intercepted the elevator on the second floor and when the door opened, he smacked the phone out of her hand, picked it up, and left.”

The complaint also noted that “officers observed rug burn on the victim’s left hand, left knee and left shin, a small scratch on the right side of her neck, as well as a broken nail on her hand.”suspen

Jones, 25, turned himself in to Eagan police at 4:30 p.m. on Tuesday. He was released from Dakota County jail two days later on conditional bond and has a pretrial hearing slated for Oct. 4.

Jones was already due to serve a four-game suspension this season for violating the NFL’s policy on performance-enhancing substances.

The 6-foot-3 receiver joined the Vikings ins Dec. 2016 and was a member of the practice squad during the 2017 season.

The Vikings also released linebacker Antwione Williams, who was arrested during the team’s spring offseason program on suspicion of drunken driving and pleaded guilty to a misdemeanor of careless driving.