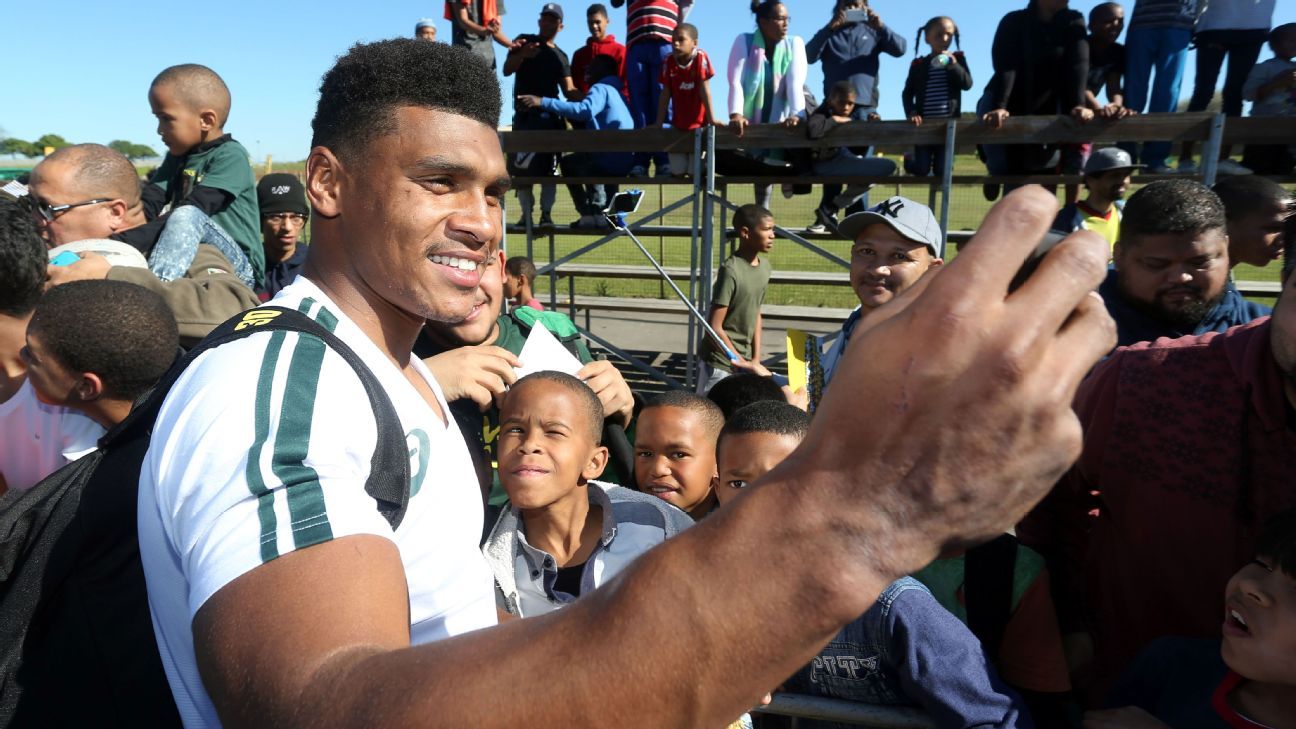 The All Blacks are deadly in the last quarter of a rugby match. They seem to find an extra gear when other teams’ clutch systems start to cease.

They increase the tempo to hyper speed and really test the opposition in the wider channels by keeping the ball in hand, and making the opposition tackle a lot more than they would like. They are deadly from turnover ball, but even more so when the game starts to get loose later on.

The secret is their bench, full of players who can make an impact. New Zealand rugby has incredible depth, and they could probably put out two or three teams that would be competitive. There is just no noticeable drop in quality when their substitutes replace the starters.

But their pool of quality players didn’t come into existence overnight. Besides the high standard of coaching from junior level, the All Blacks tend to blood young players a lot sooner and definitely more efficiently than other teams – including the Springboks.

It obviously helps when the team is winning all the time, which gives coaches a bit more breathing space to expose players to the speed, physicality and pressure of Test rugby.

A player such as Beauden Barrett made his debut for the All Blacks almost immediately after he had graduated from the New Zealand Under-20 team. He played off the bench as an impact player, getting 10 minutes here and 15 minutes there to get him comfortable in his own skin at the international level. Now he is arguably the best rugby player on the planet.

The Springboks seem to be going down this route in developing Stormers wunderkind Damian Willemse, who is similar to Barrett in terms of his attacking ability and physicality. Willemse has played off the bench in the Boks’ first two Tests of the Rugby Championship, against Argentina, making a nervous start in Durban before looking quite dangerous in Mendoza in a losing effort.

He will take out a lot from playing in those two different situations — in Durban, the Boks were comfortably ahead when he took the field, while they were trying to get back in the game in the Test in Argentina.

But the former South Africa Under-20 fly-half is actually the exception to the rule in South Africa, because one has developed the impression over the past few years that Springboks coaches haven’t put enough faith in their bench. It’s also something that happens regularly at Super Rugby level.

Key Springboks players have been played into the ground over the past few years, and new Director of Rugby and head coach Rassie Erasmus has to be careful that he doesn’t play key players such as Malcolm Marx and Faf de Klerk into the ground ahead of next year’s Rugby World Cup.

Lock Eben Etzebeth played a full 80 minutes in his first competitive match of the year against Argentina in Durban, while Marvin Orie was on the bench. Etzebeth had one hell of a game, but the next week in Mendoza in the return fixture he went from a roaring lion to a lazy house cat because he had been exposed the previous week to too much, too soon.

Scrumhalf is a position where Erasmus needs to build capacity ahead of the Rugby World Cup 2019 in Japan, but the highly rated Embrose Papier was sent on as a replacement wing at Kings Park in the last six minutes of the first Test against Argentina while he was an unused substitute in Mendoza.

De Klerk also played the majority of the minutes in the No. 9 jersey during the England series, with Papier and Ivan van Zyl playing small roles.

Every Boks coach is under pressure to win, even Erasmus, despite him having the luxury of being the director of coaching and the leeway of a six-year contract. But South Africa need at least two quality players with enough Test experience in each position if they are to become a force again, and that means giving players such as Papier more game time no matter what the state of the match.

It was worrying to hear Erasmus’ comments after the Argentina defeat, when he basically said that the rebuilding phase may have to take a back seat to “get back to winning ways“.

“We had certain plans that we wanted to try against Australia, but that’s out the window now,” he said. “We have to get back to winning ways again. It’s win at all costs now. This puts us back quite a bit. We wanted to win this game and give a few other guys a chance against Australia but we can’t do that now.”

Of course, winning breeds confidence; but, as far as the Springboks are concerned, winning may not be the most important thing with just over a year to go to the World Cup.

The Boks should rather use their Rugby Championship Tests against Australia and New Zealand to blood more players and experiment, regardless of the result, rather than going to a World Cup with players who weren’t properly Test the year before.

Rugby matches aren’t played – or won — only by the 15 players who start the game. It’s a 23-man game. It’s time the South African rugby realises it.